From the Kootenays to Qatar: Meet the FIFA World Cup DJ

From the Kootenays to Qatar: Meet the FIFA World Cup DJ

This year's World Cup is expected to feature significant Canadian pride, not only for the accomplishments on the pitch but in what you'll hear through your speakers as well.

From the pregame to the post-match, all of the music fans will hear at the stadium or at home will be curated by Grayson Repp, a Canadian DJ who has roots in both the East and West Kootenays.

"It's a dream come true, what a life!" Repp told CTV News about his initial reaction to landing the job. "I'm grateful I get to represent my family, friends, and country at the world's biggest sporting event."

Born in Vancouver B.C., Repp lived in Lansing, Michigan before his family returned to B.C. when he was only three years old.

He would spend the next 10 years living between Kimberley in the East Kootenays, and Nelson in the West Kootenays, before moving to Victoria to finish high school.

Growing up Repp was an avid hockey player, as many Kootenay kids are. When he wasn't on the ice, he was in the pool competing for Team B.C., then the Canadian National Team and wound up on the varsity NCAA DIV I team at Arizona State University.

While sports may have been his first love, his passion for music was growing louder every day.

"I made all the mixtape CDs for the hockey/swimming dressing rooms," recalls Repp. "Admittedly, I didn't think that music would end up being my career and I didn't know what that even looked like at a high level."

It was in college that Repp had the opportunity to visit Sweden and Holland, known at the time as the epicentres of dance music.

"This was in college in 2009-10, before it was big in North America. I vividly remember watching a documentary about Swedish House Mafia and I knew there and then that this was what I was going to do for the rest of my life." 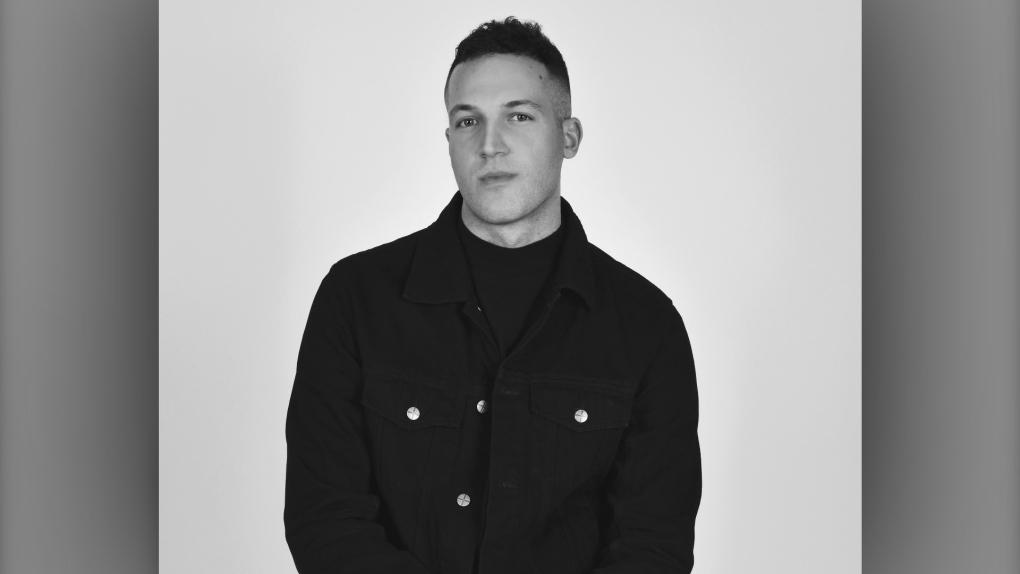 Undated image of Grayson Repp, the Canadian who has been named the DJ of FIFA ahead of World Cup 2022. (supplied)

After retiring from swimming and returning to Victoria to finish his studies, Repp spent his entire student loan not on books but on DJ equipment.

"I was absolutely hooked and, thankfully, I have incredibly supportive parents and I was told if I was going to do it, do it well."

Repp would go on to have a very successful launch to his career as a DJ, playing at clubs in Vancouver, San Francisco, New Orleans and beyond!

It was near the end of 2021 when the opportunity to play at the World Cup would come about.

"I received a screenshot from a close friend, whose dad was looking to hire floor managers for the FIFA Arab Cup," said Repp.  "At the time I had recently moved to Berlin, Germany and was looking for work. This led to my friend's dad telling the powers that be that I was actually a DJ, and they in fact needed DJs.

"After playing the FIFA Arab Cup I was invited back to be the official DJ and music director for the FIFA World Cup the following year."

Repp's curated sounds will soon be heard throughout the tournament, but he won't be stuck behind the scenes, he'll actually be performing in the stadium during the games as well.

"Being side-by-side performing on the pitch next to the world's best players, I've watched the World Cup since I was a child and now being able to be a part of it is incredible."

While it's a once in a lifetime opportunity for any DJ, Repp remains humble to his Kootenay upbringing, saying the love and support from his family and the small B.C. mountain communities he grew up in will always be sacred to him.

"Winter spent on the pond playing hockey or at the ski hill, in the summers at Chapman Camp pool and hanging out with my friends, visiting always brings me peace and I always feel welcomed with open arms and acceptance," said Repp.

You'll be able to hear Repp's music throughout the FIFA World Cup which runs from Nov. 20 through Dec. 18.

You can also find Repp on Instagram and TikTok.