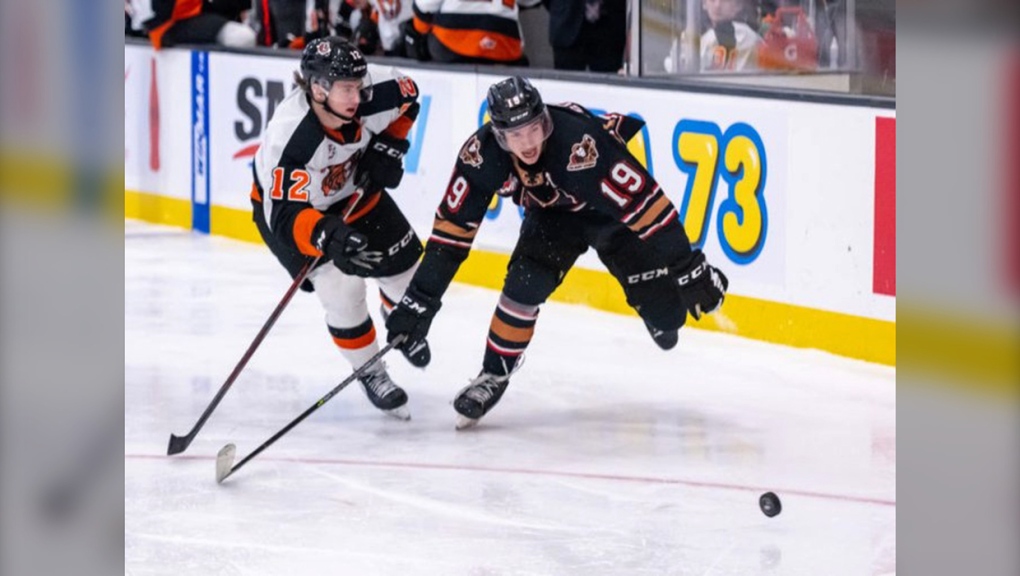 The Calgary Hitmen got back on the winning track Saturday, earning a 5-2 win against the Tigers in Medicine Hat.

Special teams proved to be decisive, as the Hitmen tallied three power play goals and killed off three early penalties.

Fiddler on the Roof? Nah.

Newly discovered asteroid makes one of the closest approaches of Earth

An asteroid the size of a box truck made one of the closest passes of planet Earth ever recorded.

Retain nurses before recruiting nurses from other provinces: association

Efforts to lure nurses from other provinces are underway in several parts of the country, but the head of a national nurses association says the poaching won't solve anything unless working conditions are improved.

Auschwitz-Birkenau survivors and other mourners commemorated the 78th anniversary Friday of the liberation of the Nazi German death camp, some expressing horror that war has again shattered peace in Europe and the lesson of Never Again is being forgotten.