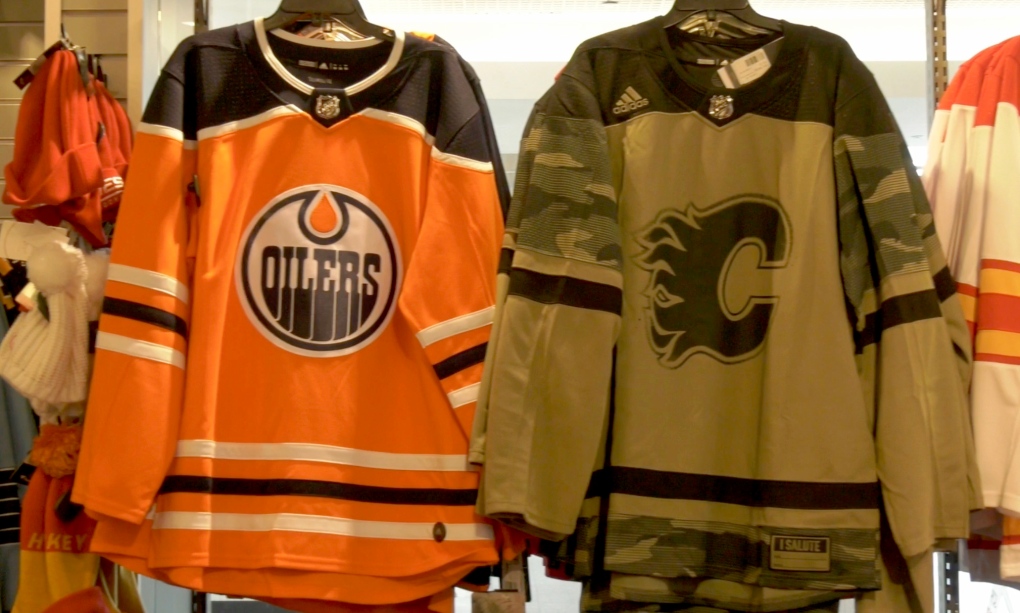 The Calgary Flames and Edmonton Oilers will meet in the Stanley Cup playoffs for the first time since 1991.

The wait is nearly over for hockey fans in Alberta as the Calgary Flames and Edmonton Oilers are just two days away from facing off in the playoffs for the first time in three decades.

It was 31 years ago, in 1991, when the Flames and Oilers met in the post-season and there have been many highs and lows for both organizations since, but the two remaining Canadian teams in the Stanley Cup Playoffs are getting themselves mentally and physically prepared before embarking on an epic series that will no doubt bring Albertans to their feet.

One thing is certain, an Alberta team will be moving on to the third round of the playoffs. The last time the Oilers made it that far was 2006 and for the Flames it was 2004.

Sporting retailers in Lethbridge have already seen a spike in merchandise sales from both fan bases and expect that trajectory to continue as the series plays on.

“Usually we do sell more Edmonton than Calgary, which is kind of shocking with it being so close to Calgary, but we are expecting to have a whole lot more sales coming probably within the next few days.”

For one sports store, the demand for Edmonton and Calgary car flags has gone through the roof.

”We're seeing the hype happening already, the phone calls are starting to happen so you can just feel the vibe is already there.”

Bars and restaurants are also gearing up for the rush of fans on game nights, as they anticipate this will be the busiest they’ve been in quite some time.

“We have the sirens going, the horn, we'll crank up the sound and everyone’s going to be in their jerseys,” said Canadian Brewhouse manager Tyler Harvey.

“I don’t know where else you're going to get that kind of experience. All I can say to the Flames and Oilers fans is if you don’t have tickets to the game, get here early because we'll be nice and lined up.”

Harvey said a series like this couldn’t have come at a better time for those in the serving industry following some difficult years due to the pandemic.

“I guess I could call this an early Christmas or birthday present,” said Harvey.

“To have a Battle of Alberta in the playoffs is just fantastic, and I think it’ll help people sort of forget about the stresses of the last few years.”

“Economic spin off from this is going to be huge,” described Hyygen.

“I know we say, 'well how does that help in southern Alberta, we're not Edmonton or Calgary,' but restaurants. We've already been asked if this can be played somewhere else or if it can be advertised somewhere else. And so these plans are all in place but it’s just super exciting.”

While there is no plan in place for the City of Lethbridge to host an outdoor viewing party for the Battle of Alberta yet, Hyggen says he’s looking into the possibility.