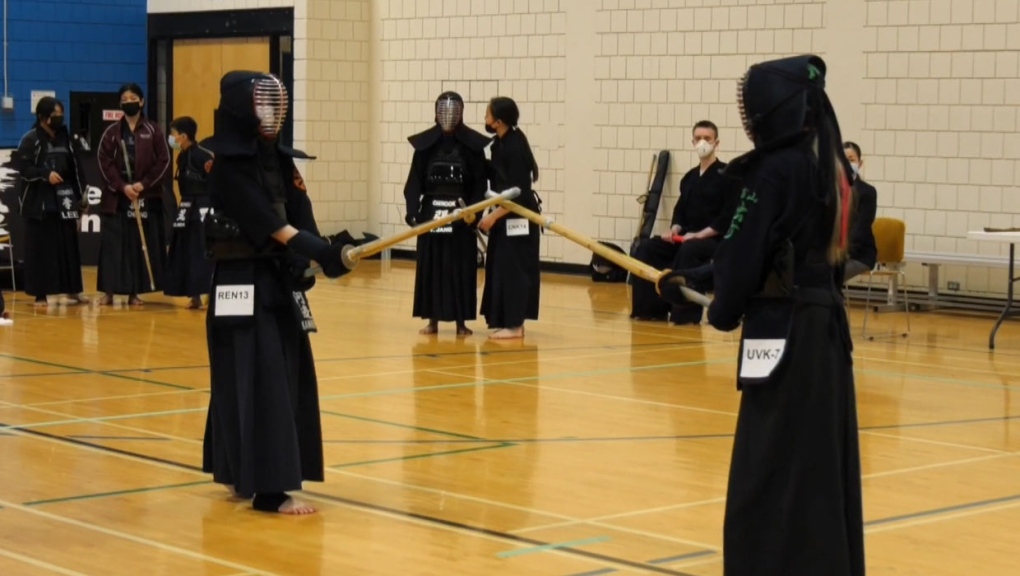 Organizers of a national kendo tournament at Mount Royal University say the sport is about a lot more than just fighting with swords.

Athletes of a sport derived from an important symbol of Japanese culture are meeting at the first-ever Canadian junior championship, taking place right here in Calgary.

Kendo, which means "way of the sword", is a Japanese martial art that evolved from the experiences of the samurai.

Two competitors face off against each other and attempt to score two points in a match that lasts approximately three to four minutes. Points are scored in one of four zones on their opponent's body.

While the main essence involves fencing with swords, officials say there is much more to the activity than that.

"Throughout the way of the sword of Japanese martial arts, people strive to be a better person," he said. "As you have seen a lot of the fighting side too, they are also learning manners and respect of the place and the teachers."

He says that new competitors need to "earn" their sword before they can fight by mastering those principles first.

The COVID-19 pandemic affected many of their junior players, Lee says, because they were unable to meet and train.

However, once restrictions were lifted, they were allowed to return to the team environment.