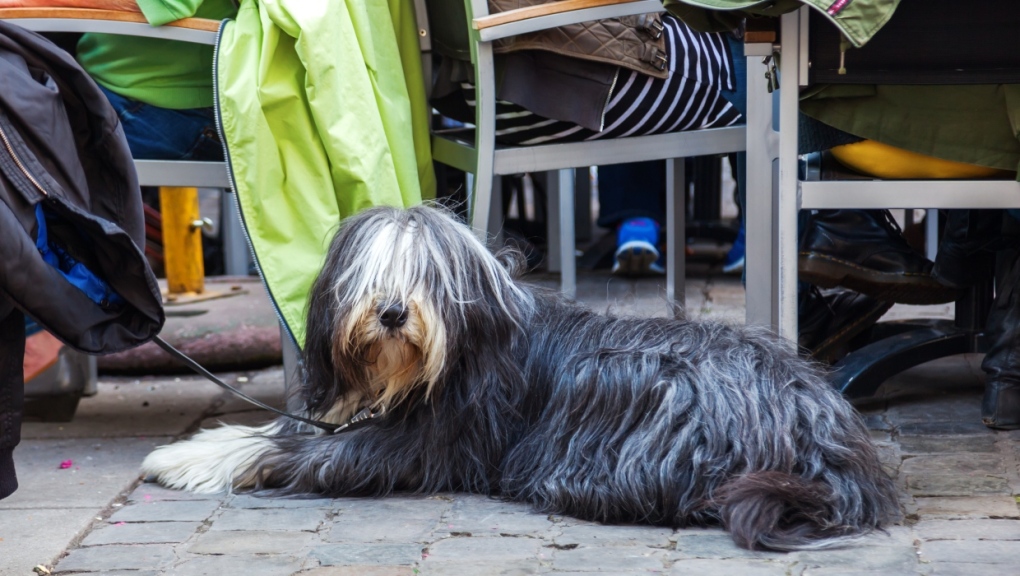 A dog relaxes on a restaurant patio. (Getty Images)

If you’re looking for a night out but don't have anyone to join you, why not invite your dog?

The Alberta government announced on Thursday that bars, restaurants and coffee shops no longer need approval from public health inspectors to allow pups on their patios.

Some dog owners in Lethbridge say the change will make life easier for them and their four-legged friend.

"I think that it would be a good thing, rather than have them being left in cars," said Mike Johnston.

"I know today I was going to stop and do some shopping but looked at the temperature and went 'dog can't be in the car.' As long as the dogs are behaved I would have no problem with it."

Many Lethbridge restaurants already allow dogs on their patios.

Dawn Lindwall from Telegraph Taphouse says the move will be a big step not just for pet owners but for revenue.

"It’s going to be amazing for all the local businesses, especially because we want to encourage individuals to get more active and walk around," she said.

"So if you have your dog, you're more likely to walk around and check out a few establishments."

There are still provincial food safety standards, and non-service dogs have to stay on the patio. They also have to be leashed or in a carrier and in their owner's control.

"People who are responsible and have well-behaved dogs and can keep control of them, then there shouldn't really be an issue with that."

While the onus is on dog owners to keep an eye on their pets, Sally Johnston from the Calgary Humane Society says it's important pubs and cafes also encourage pet safety.

"It’s extremely important that they have things like umbrellas or shade opportunities for pets," explained Johnston.

She also said water dishes should be washed frequently to stop dogs from spreading diseases amongst each other.

Establishments don’t have to allow canines onto their outdoor seating area if they don’t want to, so it’s best to check ahead before making a patio pit-stop with your pup.

The move does not change anything for service dogs— they are still allowed in both indoor and outdoor dining settings.

In order for a business to allow non-service dogs onto their patio, it must be outdoors, not fully enclosed and have its own separate entrance.

A shooter fired on an Independence Day parade from a rooftop in suburban Chicago, spraying the crowd with gunshots initially mistaken for fireworks before hundreds of panicked revellers of all ages fled in terror. At least six people were killed and at least 30 wounded.

Travelling soon? Here's how to have a stress-free airport experience

A day after Russian President Vladimir Putin declared victory in seizing an eastern Ukraine province essential to his wartime aims, a city in the path of Moscow's offensive came under sustained bombardment, its mayor said Tuesday.

Two climate change protesters were arrested after they glued themselves to the frame of a famous John Constable painting hanging in Britain's National Gallery, the central London museum and police said.

Tamara Lich, an organizer of the 'Freedom Convoy,' is set to appear in an Ottawa court today for a bail hearing after being arrested last week for allegedly breaching one of her bail conditions.

The 30 NATO allies signed off on the accession protocols for Sweden and Finland on Tuesday, sending the membership bids of the two nations to the alliance capitals for legislative approvals -- and possible political trouble in Turkey.