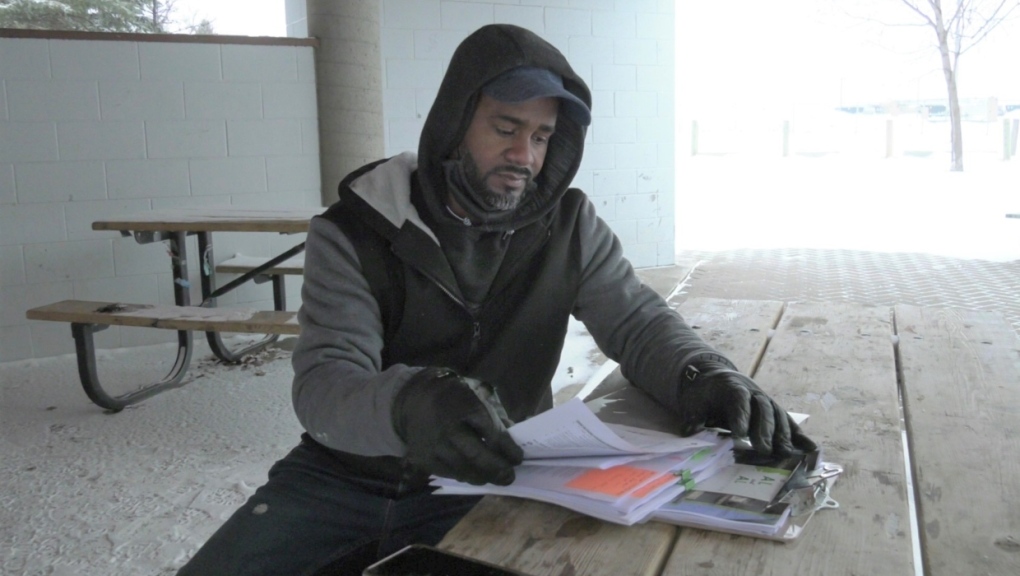 Ryan Persaud worked at Avenue Living Communities for four and a half years.

A Lethbridge man alleges he was fired after raising concerns about workplace safety with his former employer but the company says a recent inspection has determined there are no concerns at all.

Ryan Persaud worked as a maintenance associate at Avenue Living Communities for four and a half years, doing eveything from carpentry to basic plumbing for the property manager.

Persaud said he soon noticed what he considered to be unsafe work environments, including smoky units and a lack of safety gear.

He says he made his first safety complaint to the company in 2017.

The most recent complaint, made last month, was filed due to an injury Persaud says he received while cleaning out a unit.

“I was cleaning out the bathtub when I got poked with a used needle," Persaud said.

"We went through all the protocols – all the Avenue Living protocols and procedures – filed out all the necessary paperwork, and they were supposed to investigate it."

On Dec. 11, 2021, Persaud filed a complaint with Alberta Occupational Health and Safety.

In its initial response to the allegations, Avenue Living Communities told CTV News that strict safety protocols and procedures are in place for all employees to follow.

Persaud alleges he was been terminated for raising his concerns.

"The workers need more room to express their concerns and express their feelings, and they're not getting that opportunity," Persaud said. "A lot of them are afraid. They are afraid to speak out because when you do speak out, this is the exact thing happen to me, I got fired for speaking out."

Avenue Living Communities confirms Persaud no longer works for the company, but would not say why.

The company defended its safety practices in a statement to CTV News, saying:

“Avenue Living puts the safety of employees and residents at the forefront of our decision making,” the statement says.

Furthermore, OHS said it conducted an inspection of the facility on Jan. 13 after it received a complaint. The agency said it found nothing unsafe.

"No contraventions of occupational health and safety laws were noted and no orders were written. Findings of the inspection were shared with the employer and the health and safety committee representative," OHS spokesperson Natasha McKenzuie said in a statement to CTV News.

OHS adds the officer in charge of the inspection also attempted to contact the complainant to inform them of the findings, but "no calls were returned."

Details about the complainant are being withheld out of privacy.

Avenue Living says with the OHS inspection finding nothing of note, it considers the matter to be "closed and complete."

"The report concluded that we are in full compliance on all accounts with zero further actions required," the company wrote in a statement.

A report looking into a mapping program the RCMP had access to -- but couldn't open -- during the 2020 mass shooting in Nova Scotia concludes it could have helped contain the killer's rampage.