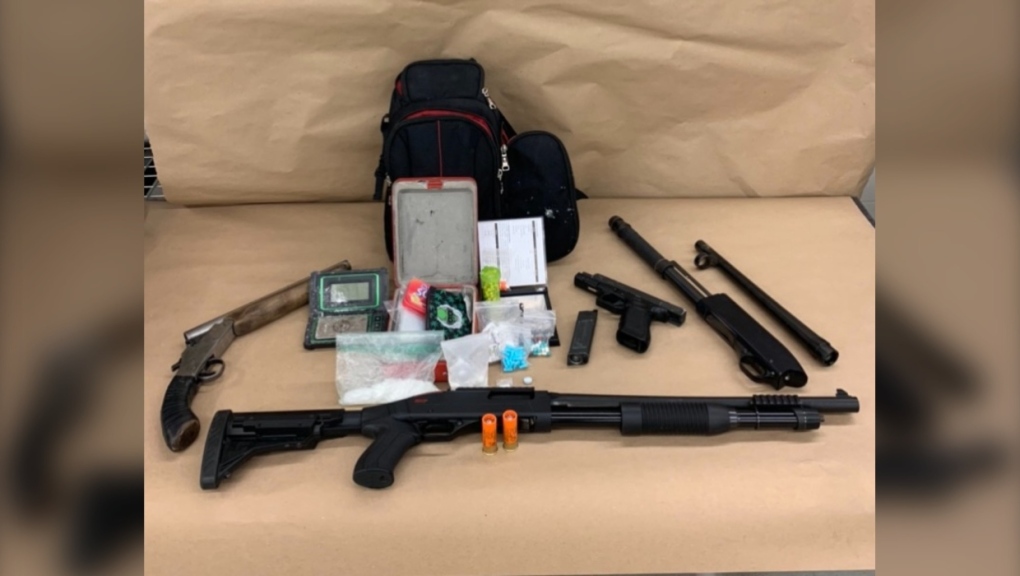 A Lethbridge man is facing dozens of charges after police seized firearms, drugs, cash and stolen property from a home and a vehicle on Thursday.

Officers attempted to conduct a traffic stop on a vehicle in the area of 18th Street and Second Avenue North, but say the vehicle didn't stop.

Investigators found the vehicle a short time later parked behind a home in the 1900 block of 6A Avenue North.

Police arrested the driver and say three firearms were found in the vehicle – two of which had been sawed off and one of which was loaded and located directly beside the driver’ seat – along with a replica Glock airsoft handgun.

"Also seized was methamphetamine, fentanyl, cocaine, psilocybin and prescription pills with a street value of about $9,000, as well as tools linked with earlier break-ins," police said in a Friday news release.

Vance Elton Pidborochynski, 32, of Lethbridge is charged with 26 offences.

He is currently in custody and awaiting a Judicial Interim Release hearing.