Man charged with murder in connection with Braeside deaths 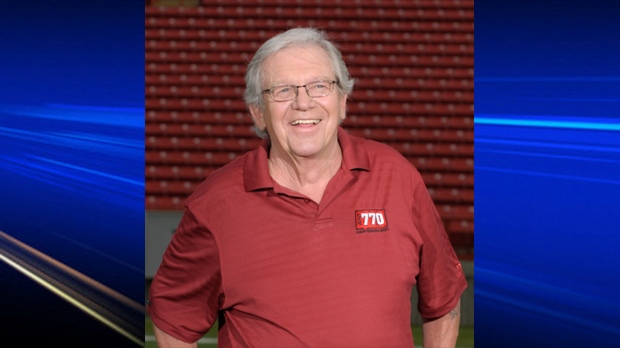 Friends and co-workers of Bill Powers, former radio voice on QR77, confirm the bodies of the broadcaster and his wife were found in their Braeside home (photo courtesy: Newstalk770 management)

The Calgary Police have charged a man with two counts of second degree murder in connection with the deaths of two people on Thursday morning.

Police were originally called by a passerby who came across a man who was in distress in the area of Southland Drive and 14 St. S.W.

After they spoke with the man, officers then attended a home in the 1700 block of 110 Ave. S.W., where they found the bodies of a man and a woman.

The man was taken into custody following the discovery.

Derek Puffer, 35, has now been charged with two counts of second degree murder.

Police have confirmed a connection between Puffer and the victims, but they are working out the exact details of the relationship.

Autopsies are currently ongoing on the two bodies and identification and cause of death are expected to be released later on Friday afternoon.

While police have not positively confirmed the identities of the victims, friends, family, and co-workers have identified them as former long-time NewsTalk770 sports legend Bill Powers and his wife Donna Lee.

NewsTalk770 posted the following on their website on Thursday:

The radio station family of Billy Powers express our deepest sympathy to the Powers Family. Billy was a marvelous Sports Director for News Talk 770 and a friend to us all. We remember both Billy and Donna Lee and all those who mourn them.

Police are expected to release further details on Friday afternoon.

Anyone with information about this incident is asked to call police at 403-266-1234, or Crime Stoppers anonymously using any of the following methods: