A man was shot and killed early Sunday inside a Calgary restaurant.

Police responded to a call of shots fired at 4:40 a.m. inside the Ambassador Restaurant and Bar, at 3504 17 Ave. S.E. in Radisson Heights.

They discovered a man in distress, from what appeared to be a gunshot wound. Life-saving measures were enacted, but the man succumbed to his injuries.

His age and identity have not been released at this time.

The medical examiner was on scene a few hours after the shooting.

The victim's body could be seen being carried out of the restaurant's back entrance and loaded into a van in the alley.

Witnesses reported hearing gunshots before seeing a man flee the scene. He's described as being around 30 years old, 187 centimetres (6'2"), with a medium build and short black hair. 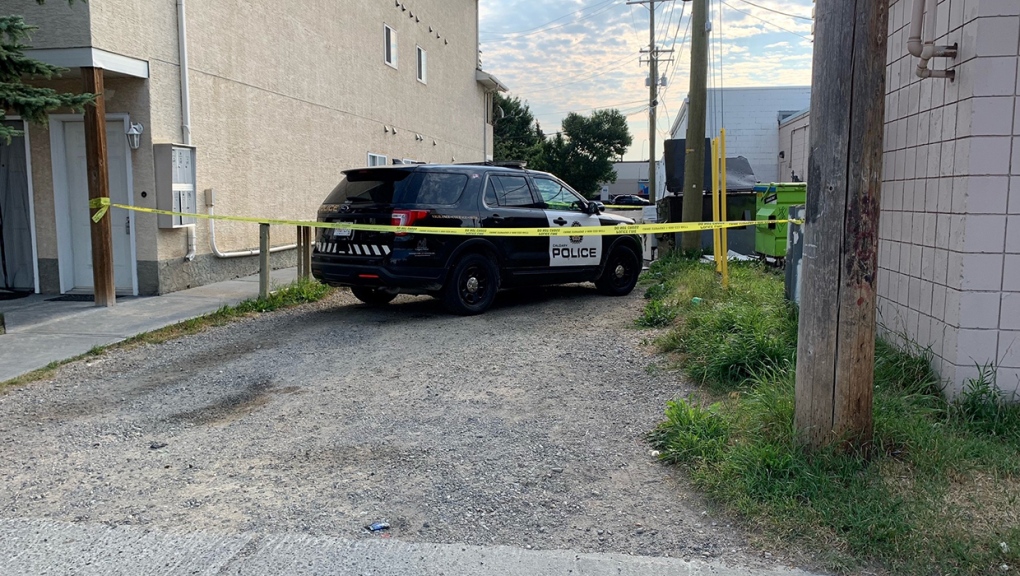 Area around the Ambassador Restaurant and Bar in Radisson Heights, Calgary August 21, 2022

Dan Mcauley lives in a nearby apartment building and says while the shooting is scary, it isn’t shocking.

“It seems like it’s getting more dangerous as time goes on,” he told CTV News.

“It seems like every day there’s a shooting, and I don’t know, it’s almost not that safe to be out walking, especially at night time.”

Another Radisson Heights resident who lives right behind the Ambassador Restaurant and Bar says he feels uneasy.

“Very scared because the last couple of months there was another gun shooting incident here,” Joel Cabangibang said.

This is the second fatal shooting in Calgary in four days.

On Thursday morning, 31-year-old Nakita Baron was found dead inside a dark brown Bentley parked in the 100 block of Everwoods Court SW.

Her husband was also shot and taken to hospital in life-threatening condition.

Police are currently interviewing witnesses and searching for CCTV footage in connection with the shooting death at the Ambassador Restaurant and Bar.

Anyone with information is asked to contact police at 403-266-1234. Anonymous callers can contact Crime Stoppers at 1-800-222-8477, online or by downloading the P3 Tips app available at Apple or the Google Play Store.

We are investigating a fatal shooting that occurred in Radisson Heights this morning around 4:40 a.m., at 3504 17 Ave. S.E. Anyone who may have witnessed the shooting, or was in the area at the time of the shooting, is asked to call police at 403-266-1234. https://t.co/3Tgjhwwz8W

There was talk of impeachment Monday at the Trump Organization's criminal tax fraud trial -- not former President Donald Trump's, which happened twice -- but whether lawyers for his company were angling to impeach their own witness, longtime Trump accountant Donald Bender.

The Pakistani Taliban on Monday ended a months-long cease-fire with the government in Islamabad, ordering its fighters to resume attacks across the country, where scores of deadly attacks have been blamed on the insurgent group.