As rapidly spreading respiratory illnesses are causing many Calgary students to miss school, Alberta's political leaders remain opposed to reintroducing mask mandates in schools, even saying they cause harm to children.

Yet some health experts say there's little evidence of the downsides, and are encouraging parents to make choices to keep their kids safe.

The Calgary Board of Education (CBE) is now posting daily updates with the rate of absenteeism for illness among its student population.

"There are a lot of viruses going around and kids are getting sick," said Christine, a mom of a student at Alexander Ferguson School, which has an absentee rate of 26.9 per cent as of Thursday.

She added, "Unfortunately I feel like it's the little kids that are taking the brunt of it but hopefully it passes."

At least three other CBE schools have rates near 30 per cent.

Overall, the board of education says 11 per cent of K-12 students are missing class for sickness.

On its website the CBE says "we will continue to internally monitor student and staff absences this school year. It may still be necessary to transition individual classes or grades to at-home learning as required due to operational challenges. Families will be notified by their school in the event their child's class is impacted." 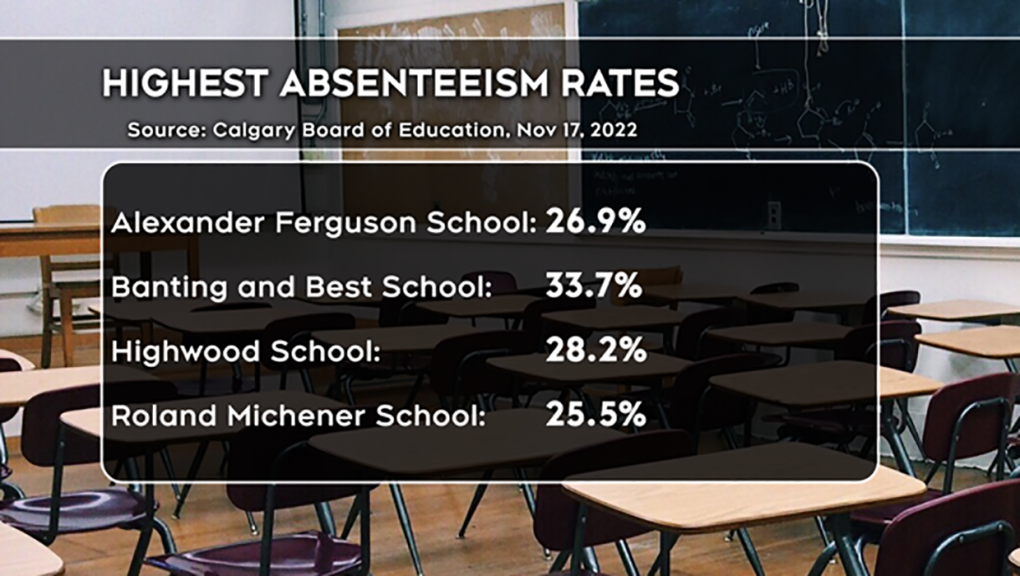 Schools with the highest absenteeism rates

On Wednesday the education minister pushed back against reintroducing mask mandates in Alberta schools, saying they were linked with poor mental health outcomes.

"I also hear from parents, and teachers and children themselves, that it was the masking that contributed to those challenges. And to those feelings of anxiety, some have had issues with breathing properly learning properly," said Adriana Lagrange.

Earlier this week Premier Danielle Smith also announced opposition to resuming mask requirements in schools, sayings it's a choice individuals and their children are free to make.

"I think that (the premier and education minister) can make whatever policy choices they want to make as elected officials, but they can't lie to the public about the science," said Lorian Hardcastle, health and law professor at the University of Calgary.

She says the evidence that masks are physically harmful, cause behavioural and developmental delays are "myths" and unbalanced against science about the efficacy of mask-wearing to slow the spread of viruses like COVID-19. 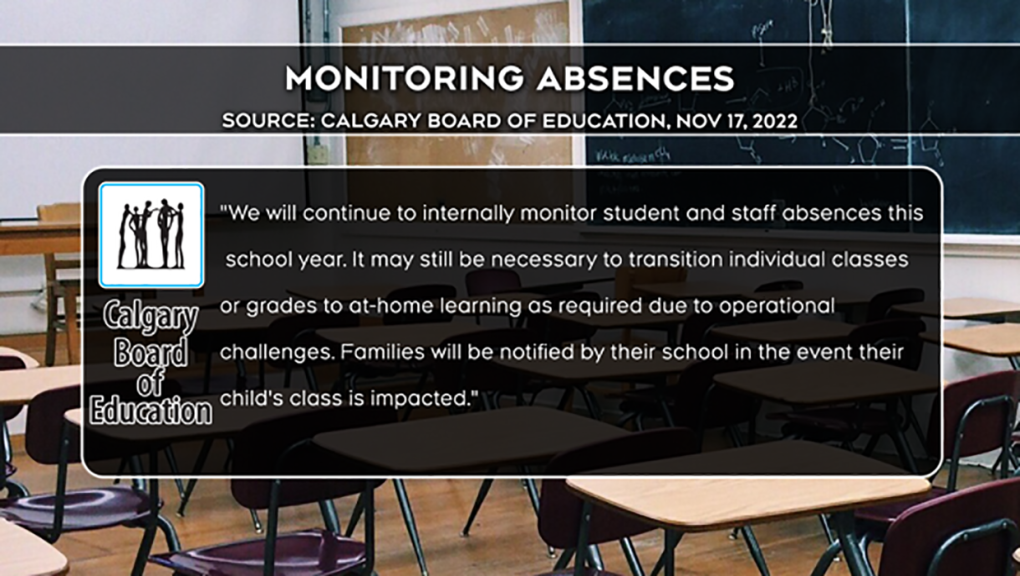 Some Infectious diseases experts tell CTV News the data supporting mask-wearing is strong, but studies saying masks cause harm to children are flawed.

Dr. Stephanie Smith from the University of Alberta says there could be theoretical mental health impacts for children wearing masks, but there isn't compelling data to suggest there's a real threat.

"I think it's an area that's harder to study and to have rigorous evidence to point to say, absolutely, this is going to cause children under the age of five (will have) their speech and language be delayed," said Smith.

Other experts say there have been studies to analyze psychological symptoms like anxiety, stress, concentration and learning problems, but they failed to isolate mask-use from other impacts like school closures and canceled activities.

"When you look back at those studies, a lot of them were significantly biased by the fact that there were a lot of other restrictions going on at the same time," said Dr. Cora Constantinescu, pediatric infectious disease physician at Alberta Children's Hospital.

She adds that keeping children in school settings are proven to be beneficial, and says mask-use is a minor inconvenience to maximize in-person learning opportunities.

Craig Jenne, a U of C infectious diseases expert  also agreed that the evidence masks decrease transmission and illness is strong.

"In the province of Alberta last year at this time, we had a lot of COVID-19 in the community, but we had masking in schools, the number of absentee days was dramatically lower."

Jenne continued, "Now without masks or other public health measures, even though we have less COVID in the community, we are seeing record numbers of absentee rates throughout the province. So it really points to that power of masks in reducing the chances you'll be exposed." 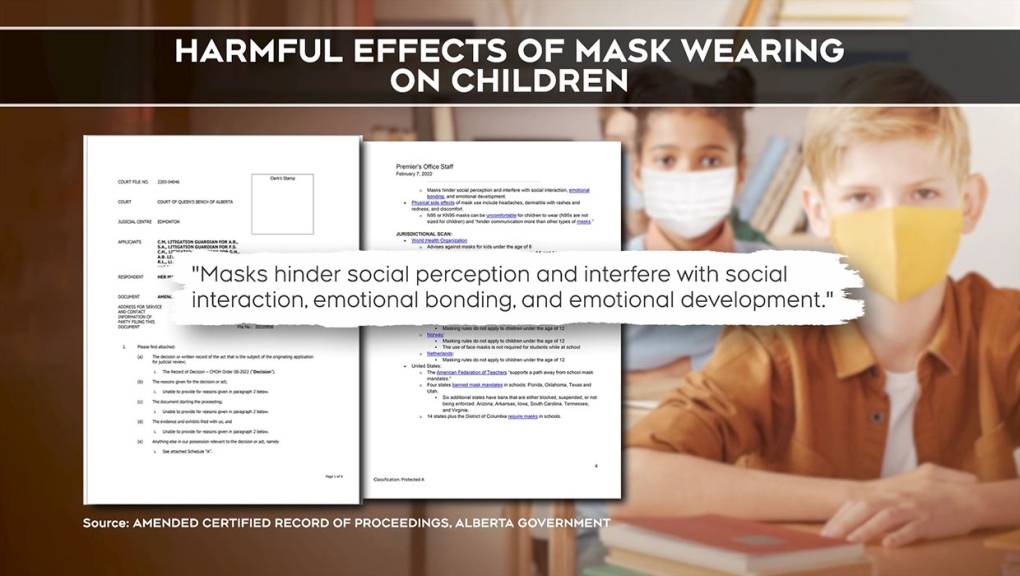 The teachers' union says teachers are looking for clear guidance from political leaders.

"Teachers are looking for direction from government and from the chief medical officer in Alberta. And there's such a lack of information right now," said Jason Schilling, president of the Alberta Teachers' Association.

She also recommends Albertans of all ages get the available booster dose against COVID-19 and its variants, and to get the seasonal flu shot.

Advice to stay home when sick and to maintain hand hygiene continues to be important to protect against high rates of viral spread in Alberta.

Aryna Sabalenka, a 24-year-old from Belarus, who won her first Grand Slam title by coming back to beat Wimbledon champion Elena Rybakina 4-6, 6-3, 6-4 at Melbourne Park on Saturday night, using 17 aces among her 51 total winners to overcome seven double-faults.

How to fix a howitzer: U.S. offers help line to Ukraine troops

Using phones and tablets to communicate in encrypted chatrooms, a rapidly growing group of U.S. and allied troops and contractors are providing real-time maintenance advice -- usually speaking through interpreters -- to Ukrainian troops on the battlefield.