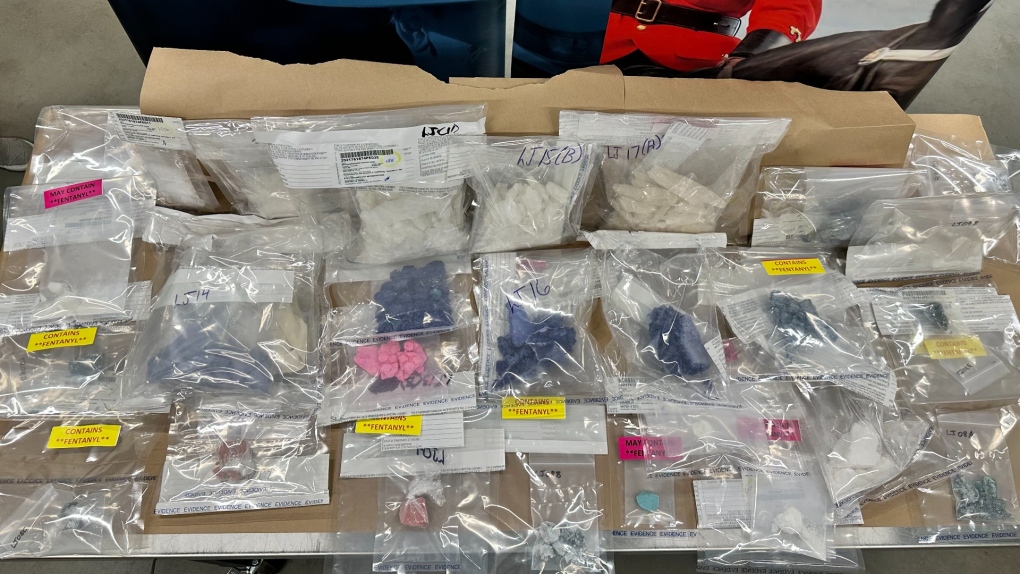 Drugs seized during an RCMP investigation into suspected trafficking in Calgary, Red Deer and between the two cities. (RCMP)

Two Calgarians — 39-year-old Brandon Schnell and a 26-year-old whose name has not been divulged — as well as 38-year-old Kevin Gallagher from the hamlet of Springbrook, were charged after Mounties seized cash and illicit drugs.

The investigation resulted in the seizure of:

"This joint operation disrupted a drug trafficking operation and targeted individuals that would have caused greater harm to our communities," said Staff Sgt. Kent Dahl of RCMP federal serious and organized crime.