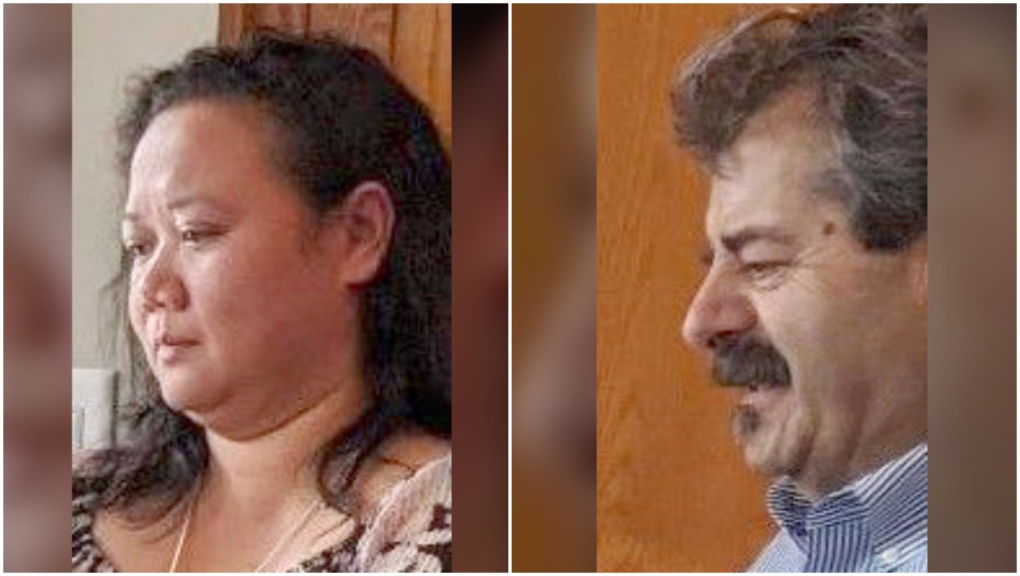 Warrants have been issued for a husband and wife RCMP allege were operating a fraudulent investment company in southern Alberta that bilked clients out of more than $1 million.

The warrants were issued following what's being called a "complex" investigation by the Alberta RCMP integrated market enforcement team (IMET) into a company identified as Family First Dynasty Inc. in Millarville, Alta., about 56 kilometres south of Calgary.

Fernando Honorate de Silva Fagundes, 65, and Emilia Alas-As Elansin, 40, both of no fixed address, have been charged with:

"Fagundes portrayed himself as a day-trading expert and used an investment course operated under another company of his, Day Trading Coach Inc., to approach victims with investment opportunities later determined to be fraudulent," police said.

"Investors in both Alberta and British Columbia reportedly provided money to Fagundes through Family First Dynasty Inc., believing he would trade their finances in the stock market to make them a profit. The investigation showed that Fagundes allegedly obtained approximately $1.3 million from victims and, rather than investing the funds, took the money for his own gains. Elansin is believed to be responsible for managing the administration of Fagundes’ two companies."

Fagundes is also accused of committing similar frauds in Saskatchewan and Ontario, as we as in Portugal, and the U.S.

The investigation started after a complaint was made to RCMP in Turner Valley, Alta., just south of Calgary, and was later expanded. Police say the pair fled the Millarville area and their whereabouts are unknown.

Despite that, charges were laid through collaboration between Alberta RCMP and a number of agencies, including Forensic Accounting Management Group, Financial Transactions and Reports Analysis Center of Canada, the Public Prosecution Service of Canada, Specialized Prosecutions of the Province of Alberta, Alberta Securities Commission (ASC), Ontario Securities Commission, Financial and Consumer Affairs Authority of Saskatchewan, and US Federal Bureau of Investigation.

IMET is a specialized unit under the RCMP federal policing program that "detects, investigates, and deters market fraud and works closely with the ASC to protect investors and further enhance confidence in Canada’s capital markets."

Anyone with information on the whereabouts of Fagundes or Elansin, or who suspects they are a victim of this scam is asked to contact IMET at 403-699-2434 or email: CalgaryIMET-EIPMFCalgary@rcmp-grc.gc.ca.