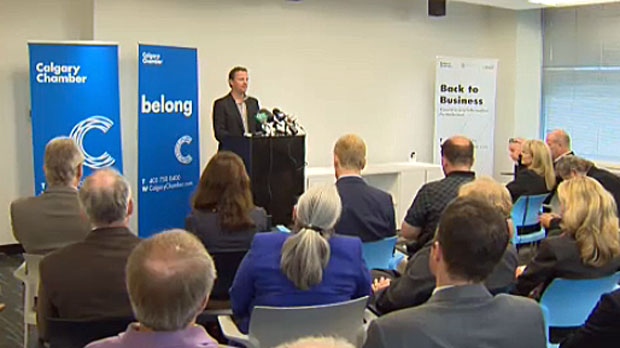 The Government of Alberta is hosting a one day conference to discuss ideas for community flood mitigation and is putting out the call to Albertans to join in.

The event includes an educational session and technical discussions with experts and affected communities.

The symposium will be opened by Alberta Premier Alison Redford and was announced by the Municipal Affairs Minister at a conference in Calgary on Tuesday.

“We’re having this symposium, coming up on October 4th, so that we can continue to gather ideas and the public can be aware of what sort of mitigation measures are in place,” said Doug Griffiths, Minister of Municipal Affairs.

Griffiths says enough studies have been done and now it is time to take action.

“It’s time to put some of that into action, engineer the results so that people can see the tension dams going into place, the diversions, whatever it is that’s going to secure their community, somewhat against flood going forward. Like I said, you can’t flood proof but you can sure do a lot to mitigate the risk,” said Griffiths.

The minister also announced that the city would receive about $67M now in advance of its request for funding for infrastructure damage.

Griffiths says the province will ask the federal government to cover as much of the costs of the disaster as possible.

“Whatever I can get. Our estimates right now, are probably, on the disaster itself, not counting mitigation, which I’m going to also ask for, could be $2 to $2.5 Billion, somewhere in that range. He’s taken it to ask if they could advance us $500 Million and I’m pretty confident that we’re going to get it and that’s a good start but I anticipate we’ll probably need four times, five times more than that,” said Griffiths.

Griffiths says investing in mitigation now saves us all money down the road and the symposium is timely.

Organizers say space is limited and pre-registration is required.

For more information and to register, visit the Alberta Flood Mitigation Symposium page on the Alberta Government’s website.