The Town of Banff is asking the province to increase the number of doses available for Bow Valley residents and to help with more delivery options.

The letter sent earlier this week also calls for more rapid test kits, which the town would like to distribute, saying pharmacists need to focus on injections instead of fielding inquiries about the hard to obtain kits.

"We have seen success every time we do a walk-in clinic here and that doesn't require an appointment," said Banff mayor Corrie DiManno. She said requiring people to produce an Alberta Health Care card is another barrier in a town that relies on seasonal labour.

For Banff and surrounding area (known as ID 9) immunization rates for 20-39 year olds is about 75 per cent - well behind the provincial average. This is also the area's key service employee demographic.

But the province said the Bow Valley is faring better than that - in a statement on Thursday Alberta Health said there "there is adequate supply of vaccine" in the Bow Valley. The statement went on to say appointments appear tighter than they because while 11 pharmacists are offering COVID vaccinations, just three are using the provincial booking system. 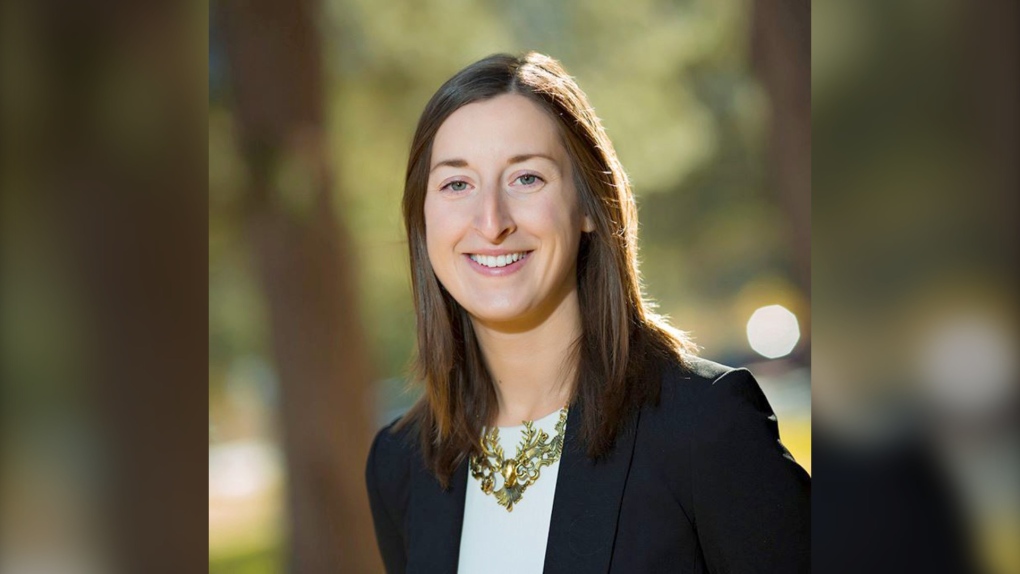 Corrie DiManno was elected as mayor of Banff ahead of the Oct. 18 election. (Courtesy Town of Banff)

The tourism hub is above the provincial averages in all other demographics, including 10 points ahead for 5-11 year olds.

The Town has already put $20,000 into offering mobile clinics. Two it hosted last week resulted in another 430 shots, most of which were boosters. Another was offered for staff at Sunshine Village on Wednesday.

The resort requires all of its roughly 750 staff to be vaccinated.

"It's of such major importance to us because many of our team members don't have easy access into Calgary or major urban centers to get a vaccine," said Kendra Scurfield, director of brand and communications for Sunshine Village.

DiManno said she's confident the region can improve uptake, but said the unique challenges require a closer partnership with the province.

"We've got the same shared goals here and we can offer some on-the-ground possible solutions for them," DiManno said.

Two more mobile clinics are planned for next week.

Thunderstorms kill at least 5, knock out power in parts of Ont., Que.

As the May long weekend kicked off, a massive thunderstorm in southern Ontario and Quebec brought strong wind gusts that knocked down trees, took out power and left at least five people dead.

Croatian police opened fire with live ammunition during clashes on a highway with hundreds of soccer fans returning from a match in the capital, authorities said. Two fans and about a dozen police officers were injured.