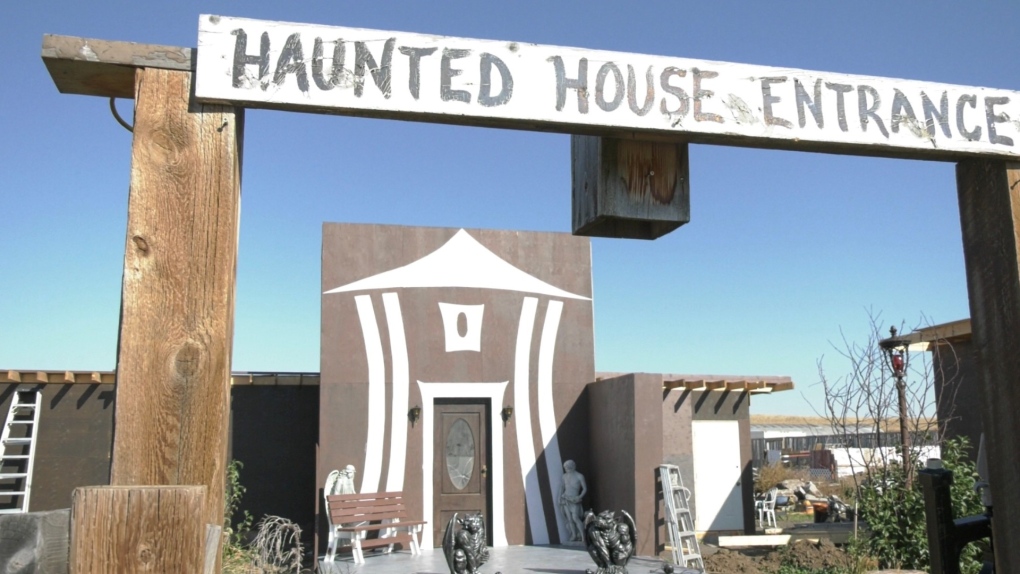 Glory Reimer says after the fire, it was clear the family was going to rebuild Creepy Hollow. It took them less than a month.
LETHBRIDGE, Alta. -

After a fire destroyed Creepy Hollow haunted house and library this past spring, the Reimer family banded together and started over, rebuilding and reopening the doors ahead of Halloween.

On May 20, the family’s main attraction – its haunted house – was fully destroyed by the blaze, along with everything inside.

“This year has been hard. It's been really, really hard and even now, trying to fight back those tears, it doesn’t stop,” Reimer said.

Reimer says after the fire, it was clear the family was going to rebuild the southern Alberta attraction.

The family, along with a few friends, rebuilt the haunted house in less than a month.

“It's just the matter of whacking up some walls and putting a roof on it, mostly,” Reimer said.

“But then it's the details because you have to paint this, do that. Every day, we're up at like 7 a.m. and we don't quit until dark.”

The family has started from scratch and says donations and help from the surrounding community have been unbelievable.

“It's been really touching to see everyone say, ‘Here's more paint,’ or, ‘How many paint brushes do you need?’” said Victoria Holmes, supervisor for the attractions.

“Just seeing how (many) hundreds of dollars they’re willing to give to us has been amazing.” 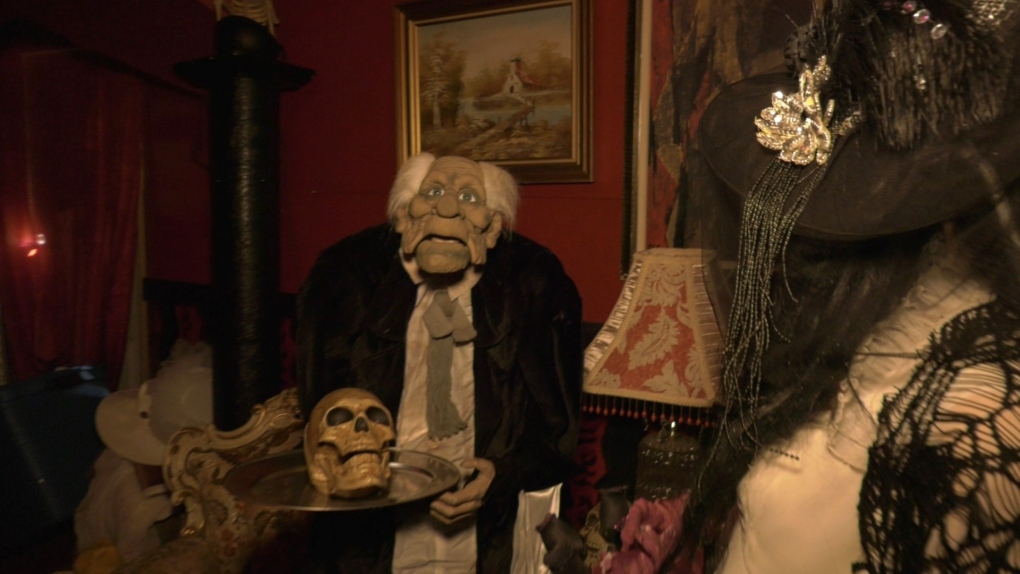 Glory Reimer says after the fire, it was clear the family was going to rebuild Creepy Hollow. It took them less than a month.

The family is no stranger to rebuilding a haunted house from the ground up.

After operating in Stirling, Alta., for 15 years, the family moved the attraction to the County of Warner and in 2015 began operating at their new location before the fire destroyed it this past spring.

With Halloween just three weeks away, the family is set to reopen the doors to their new haunted house on Friday.

“It feels good to have something, to be able to have a little bit of normality back,” Reimer said.

The new haunted house will feature Fright Nights every Thursday to Saturday.

It will also feature a stage, maze, campground and community hall.

Holmes says she’s looking forward to getting back to offering up scares to visitors.

“It's not October without spooking someone,” Holmes said.

Nine out of 10 Canadians think a 2023 recession is at least 'somewhat likely': Nanos poll

Nine out of 10 Canadians believe there could be a recession in 2023, according to a new national survey, with four out of 10 calling it 'likely.'