Man charged in connection with catalytic converter thefts near Airdrie

Man charged in connection with catalytic converter thefts near Airdrie 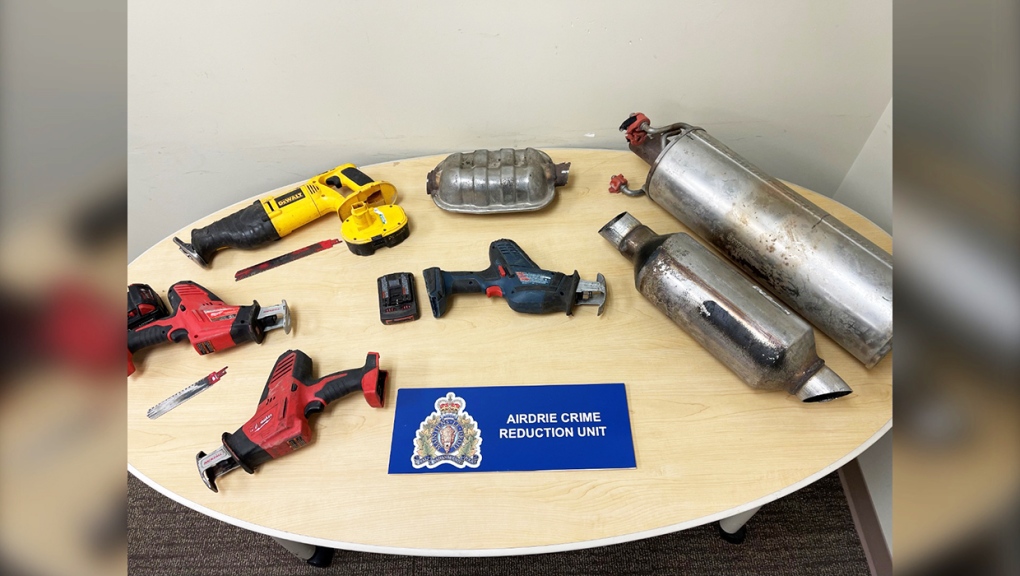 Items recovered from an investigation by Airdrie RCMP include a number of catalytic converters and a Ford F-150 pickup truck (not in photograph). (Supplied: Airdrie RCMP)

A man has been charged in relation to multiple thefts of catalytic converters in Big Springs and Balzac.

Guilbault was also charged with three counts of operating a motor vehicle without a license plate attached.

He appeared in court and was released on a $1,500 no cash recognizance with conditions. He's scheduled to appear in Airdrie Provincial Court on Dec.8.

Anyone with information is asked to contact Airdrie RCMP at 403-945-7267. Anonymous callers can contact Crime Stoppers at 1-800-222-8477, online or by downloading the P3 Tips app available at Apple or the Google play store.