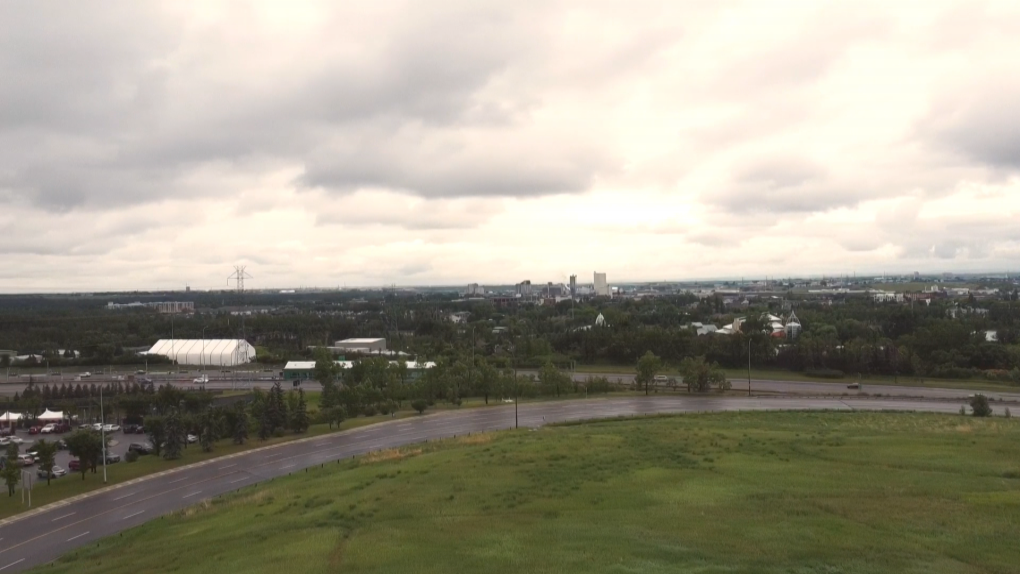 The Calgary Zoo and Calgary Zoo parking lot as seen from Tom Campbell's Hill Park, the site of the launch of Calgary's Canada Day fireworks.
CALGARY -

Calgary Zoo officials say the Canada Day fireworks display at the neighbouring Tom Campbell's Hill Park is not expected to cause any additional safety concerns for the animals.

The City of Calgary announced Wednesday that the 2021 fireworks would be set off from the park located on the top of the hill just north of St. George's Island, the home of the zoo. This is the first time the city's Canada Day pyrotechnics will be launched from the site.

"As a civic partner, we were kept aware of the city’s plans for this new fireworks location," said a Calgary Zoo spokesperson in a statement to CTV News. "As the Calgary Zoo operates on an island in the middle of a busy city, the animals we love and care for are closely monitored every day of the year by their human caregivers for their health and well-being.

"No special actions will be taken this Canada Day."

The fireworks display is scheduled for 11 p.m. July 1.

Jacob Hoggard could be sentenced today, faces up to 10 years in jail