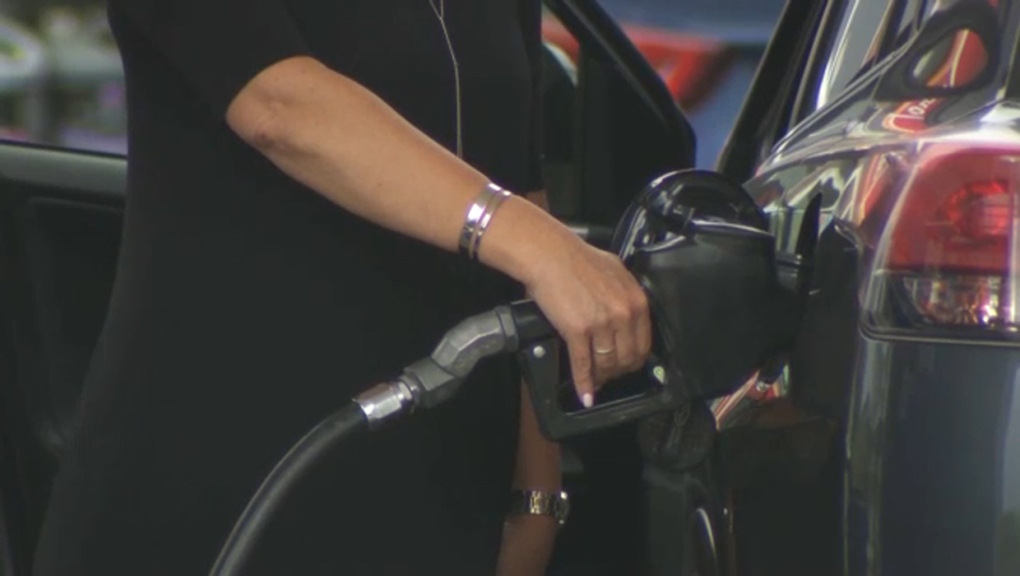 "Late spring or early summer would be our horizon," he said.

"We need to make sure that we are on a sustainable track, we're not going to go back into a multi-billion deficit overnight. But if we see continued progress on the fiscal and economic front, we may be in a position to provide meaningful support to Albertans in the weeks to come.”

Kenney didn't elaborate on what that support would be.

"At the end of the day, there's some factors beyond our provincial control," he said.

"The federal government has run a very loose monetary policy, basically printing money, that has driven inflation. They've also had a reckless fiscal policy that has also driven up inflation. So we need to see a federal commitment to getting inflation under control."

In March, Kenney announced the province's 13 cents a litre gas tax would be paused as long as the cost of West Texas Intermediate remained above US $90.

"There was a lot of skepticism, a lot of people thought the retailers weren't going to pass on the 13 cent a litre savings. I want to thank the retailers, they took a lot of criticism before, but they have passed on the 13 cent savings and we have by far the lowest gas prices in Canada.

"We're, I think the last I saw, about 65 cents lower than our neighbours in British Columbia. It's less of a problem here, but it's still a problem."

The average fuel price in Calgary as of Friday morning was 169.1 cents per litre, according to GasBuddy.com.

That's still roughly 20 cents cheaper per litre than the national average due in part to the province's decision to temporarily lift the provincial gas tax back in April.

At this time last year, gas in Calgary was about 45 cents cheaper per litre.

North American crude oil market analyst, Kevin Birn with S&P Global says the biggest factor in the increasing price of gas at the pumps has a lot to do with the current price of oil.

He notes that even before the Russian invasion of Ukraine, the global oil markets were tightening right as demand recovered from the COVID-19 pandemic.

“We've seen a number of financial sanctions come in place and a lot of people are self sanctioning, moving off of Russian oil, that oil isn't disappearing, it's being rerouted,” Birn said.

“It's going longer distances, but largely that's inflating and causing uncertainty about the availability of that oil and hence higher prices have come out of it.”

The other factor leading to higher gas prices for consumers relates to tighter inventories of refined products, particularly diesel which is very low right now.

“This is also typically a point in the year where we go into our driving season, people take holidays and go places and after two years plus of being locked down, I think people are eager to get out and travel both by car and by plane, and that's going to cause some upward pressure,” he said.

Birn adds oil prices may see some softening into the autumn months, but with what he calls a ‘heavy caveat’ given that the COVID-19 virus is still causing lockdowns in Asia which are affecting demand.

“So it's positive for prices because of weakening demand, but if they come out of that, that can see some upward pressure and although we talk about the Russian invasion of Ukraine, there’s a lot of instability in other places as well," he said.