CALGARY -- Friday and again on Monday staff from the Glenbow Museum and the Hangar Fflight Museum gingerly dismantled  a replica Curtiss Jenny aircraft that's been on display since 2005.

The plane has been part of the Mavericks exhibit at the Glenbow, where it was used to tell the story of Calgary aviation legend Fred MCcall.

“Fred McCall was a natural flier," said the Glenbow Museum’s director of collections Daryl Betenia. "He could fly anything. He was only 19 when he joined the armed forces in 1916. First, he joined the army, then he signed up for the Air Force. He only had 90 minutes of solo instruction before he was sent over to France. And he became a very successful pilot: he had 35 victories by the end of the war. So he's one of Canada's significant air aces.”

McCall's significance in Canadian aviation didn't stop at the end of the war either, added Betenia.

"He was doing commercial flights from Calgary into B.C. and around the rest of the country. He was flying people, he would fly freight - he was a real old-school barnstormer.” It was during his time as a barnstormer that McCall made what might have been his most famous flight.

It happened on July 05 1919,as he was flying over the Stampede midway with two young boys, and his engine lost all power.

“When he took air he lost engine power and had to find a place he had to land it or crash land,” said hangar Flight Museum executive director Brian Desjardins. “ He crash-landed onto a merry-go-round to ensure that nobody was hurt and there was no injuries. So that was quite a story in its day.” 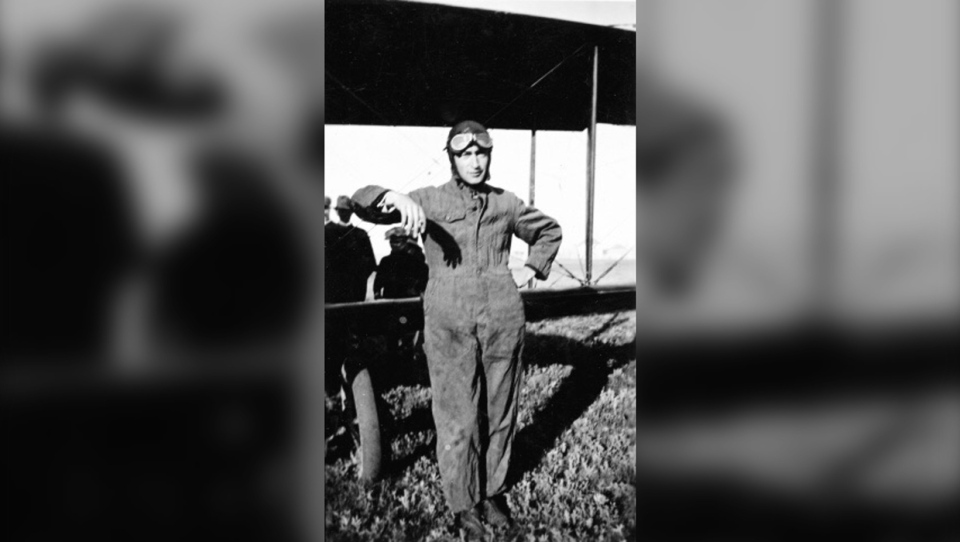 The aircraft being moved to the Hangar Flight Museum is a replica of that plane, painstakingly rebuilt by McCall’s son Fred McCalll Jr. In 2005.  Along with a group of volunteers from the aerospace museum (now the Hangar Flight Museum) McCall put in over 8500 hours reconstructing the plane from ground up using original blueprints obtained from the Canadian government.

The fuselage is built without any glued, bolted or screwed parts. It all fits together and is clamped with wires. Every wooden piece was made by hand.

“It's amazing what you can do. Well, we're amazed ourselves quite frankly," McCall Jr told CTV in 2004 as the project was nearing completion. “When I first started this project, I thought I wonder if we'll ever be able to do this.”

Fred McCall Jr. passed away in 2013, but the airplane he built lives on as a reminder of both his father’s flying prowess, and his dedication to the rebuilding project.

The replica Curtiss Jenny will be featured front and centre in the Hangar Flight Museum’s collection.  The museum has commissioned an engineering firm to build a replica merry-go-round, upon which the aircraft will sit simulating the  1919 crash at the Stampede.