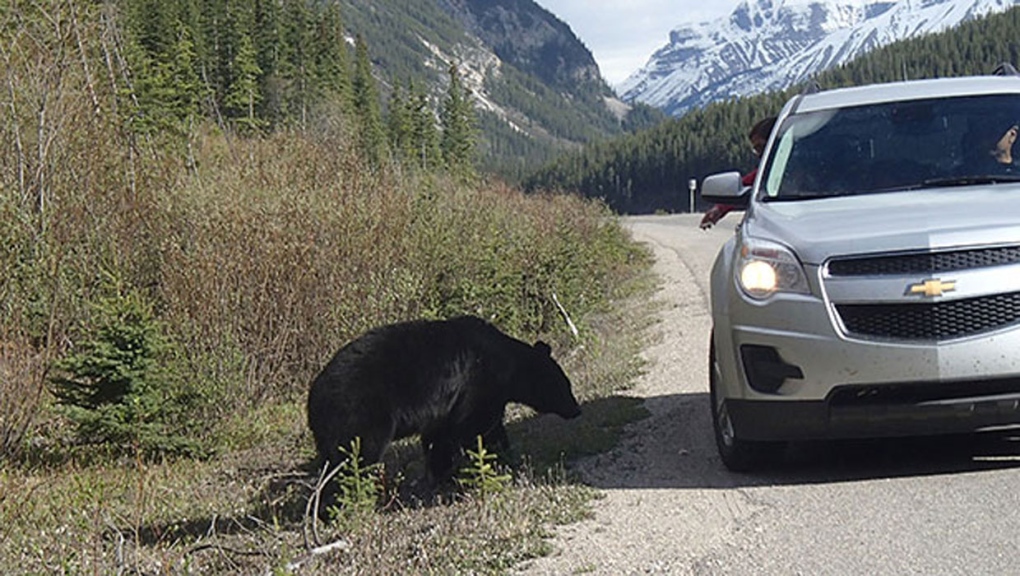 Parks Canada says it is unlawful and dangerous for the public to feed wildlife, including bears, as seen in this 2014 handout photo taken by Parks Canada workers along the Icefields Parkway.
CALGARY -

In order to promote human and wildlife safety, Parks Canada has blocked off six kilometres of Highway 1 in Yoho National Park.

Officials say as of Friday, a section of the Trans-Canada Highway is designated as a no stopping zone due to the high possibility human-bear contact.

The zone is in effect for the length of highway between Sherbrooke Creek and Yoho Valley Road, however the Spiral Tunnels day use area, as well as its parking lot, is still accessible.

Parks Canada says actions like these are taken to promote safety for the public as well as animals in the mountain parks.

"Human and wildlife safety is of the utmost importance to Parks Canada. Parks Canada takes action to promote coexistence between people and wildlife, to ensure the safety of both," it said in a release.

The safety measures are expected to remain in place until officials know the bears have moved away from the highway areas. 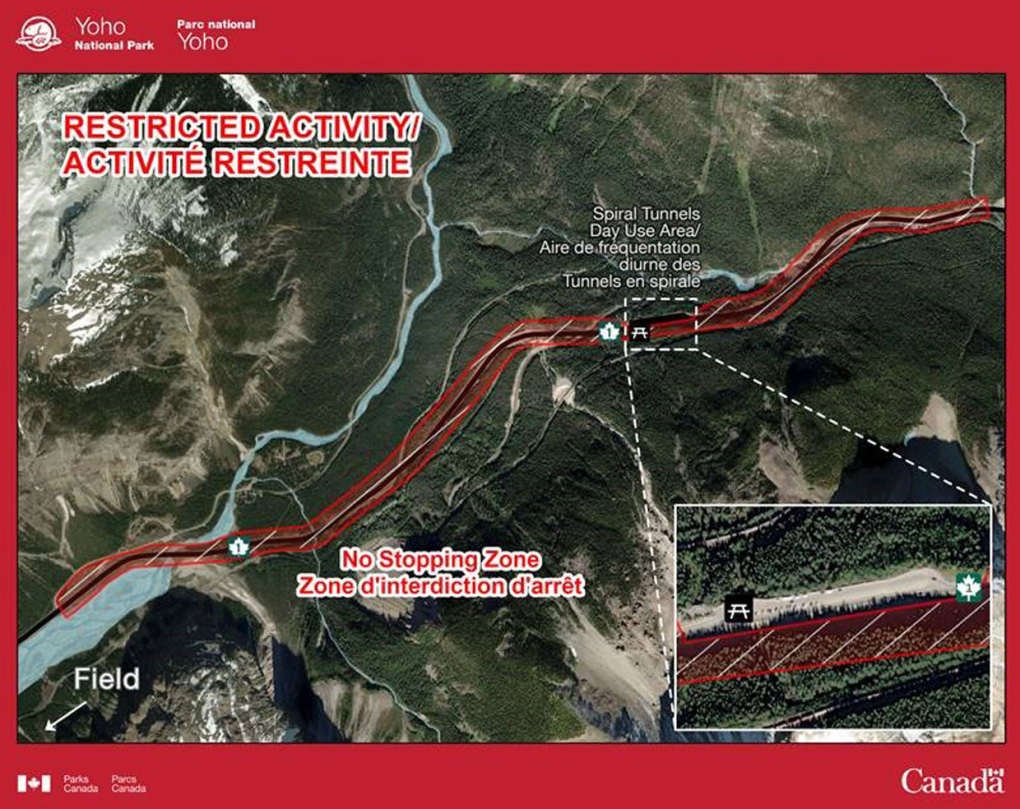 Parks Canada also says that residents and visitors in the village of Field, B.C., should take precautions because of an increase in bear activity.

Much of this activity has to do with bears trying to find food in the valley regions.

"Documented reports of unsafe parking and traffic jams, combined with multiple grizzly and black bears focussed on finding food, make this measure necessary. The no stopping zone allows bears to feed undisturbed and prevents traffic congestion that is dangerous for both bears and people."

Wildlife officers and park wardens are instructed to routinely patrol the no stopping zone to ensure compliance among drivers.

Both Parks Canada and the RCMP have the ability to penalize drivers who break the rules.

"Penalties for violations range from a $115 ticket to a mandatory court appearance and maximum fine of $25,000."

All wildlife sightings and incidents should be reported to Parks Canada dispatch by calling 403-762-1470.