Opening round of Alberta Ladies Championships in the books

CALGARY -- A field of 53 golfers are in the field for this weeks Alberta Ladies Amateur at the Lakeside Club in Chestermere.

And one of the first things you notice is how many good young golfers are in the field.

14-year-old Jayla Kucy of Camrose is one of the youngest. She says she started playing golf when she was just four years old.

“My brothers got me into this. My dad started to bring them to the driving range - and then he would have to bring me as well.

"So," she added,  "I just started swinging with them.”

Kucy is one of the best young golfers in the province. Last year she won the McLennan Ross Alberta Junior tour. 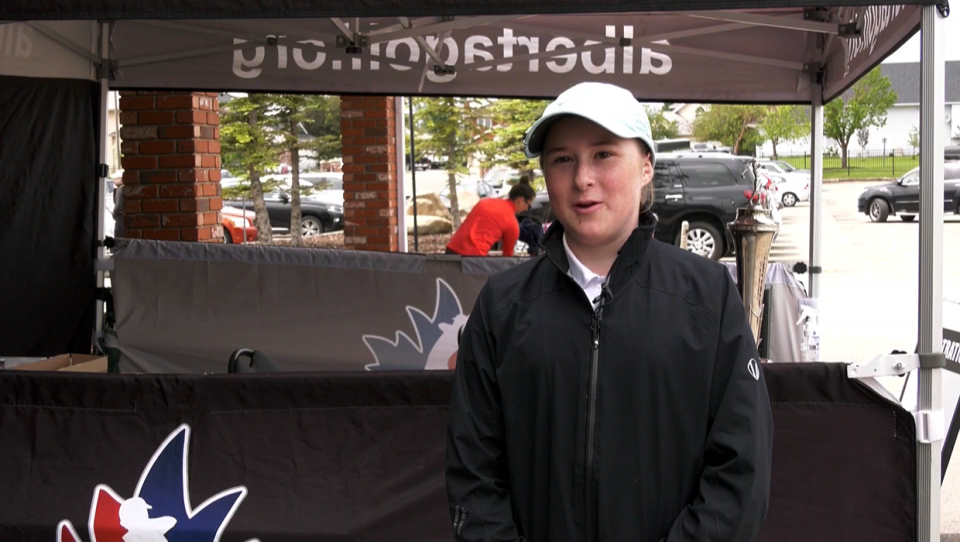 It was cold and windy out there on Monday, but that didn’t seem to bother Kucy. She shot a respectable eight over 79 and is tied for 20th.

She loves that golf is an individual sport.

“I like how it’s your own game. It’s your fault if you mess up and it’s not like a team game where you blame it on your teammates. In golf, it’s just you and your score.”

55-year-old Kim Carrington has played in a lot of these championships. She can’t believe how good the young players are today and she says golf is in good hands.

“I think the field had an index of under zero - probably15 kids, which is nice to see,” she said.

“Talk about growing the game right," she added. "That’s so awesome.”

Kucy definitely wants to take the game further and has some lofty goals. One day she wants to play on the LPGA tour. She says she knows she’s going to have to work hard but she’s ready for it.

“First I want to shoot 70’s consistently when I’m older and get into division one college (in the U.S.)," she said. "And then see if I can make it to the LPGA tour." 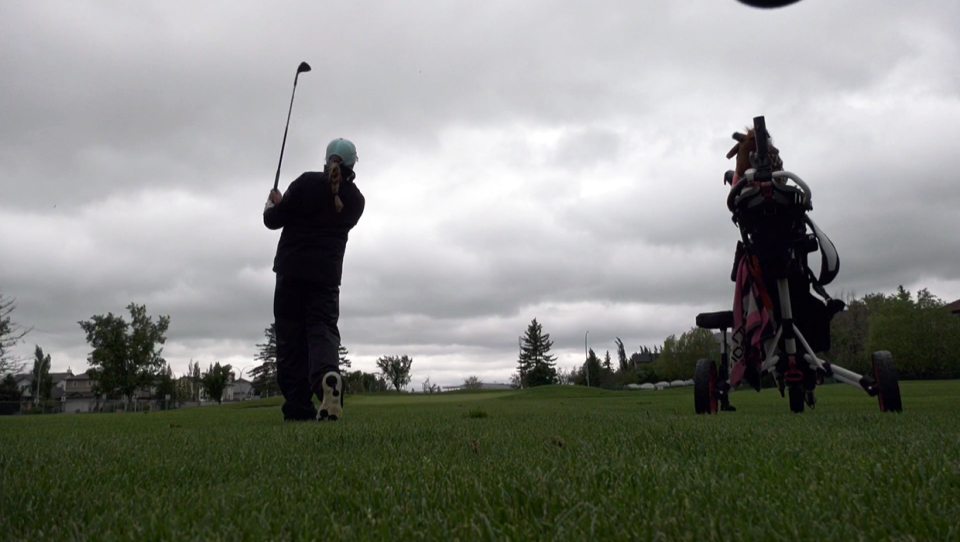 Sarah-Eve Rheaume of Quebec has a share of the lead with Yeji Kwon of British Columbia after the opening round of the Alberta ladies amateur.