Peace, unity and music among themes at this year’s GlobalFest fireworks show

Peace, unity and music among themes at this year’s GlobalFest fireworks show 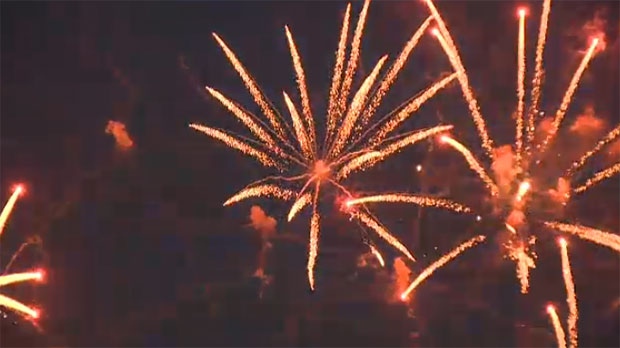 GlobalFest is celebrating its 20th anniversary this year as the annual fireworks and multicultural festival returns to Elliston Park in northeast Calgary.

The festival is set to run between Aug. 18 and 27 – and Calgarians should expect new participants in the fireworks festival – with an anti-war finale, numerous performances by multicultural groups in two of the main stages, a citizenship ceremony and lots of food.

Who will participate in the fireworks display, and what’s the finale about?

This year's fireworks display includes performances from India, Austria, France and Germany and the finale will focus on anti-war messages.

India’s fireworks display is called “Team India’s Journey through Various Popular Music Genres,” which promises to “bring the audience on a musical journey going through some of India’s top musical tracks.” The designer is Azan Morani, of Amir Morani Fireworks LLP.

Austria’s fireworks display is called “The Sound of Music,” which promises to take the viewer through a “emotional journey through Austria while showing the diversity of nature and music,” and says that an attentive viewer would see similarities to Canada. The designer of the show is Markus Jochum of Fireevent GMBH.

“Generation 80,” France's submission, will take the viewer through the greatest musical hits of the 1980s, and vows “make Elliston Park dance.” The designer of the show is Miguel Perez of the Etienne Lacroix Tous Aritificies Sa (Ruggieri).

The display from Germany is called “We are One” and it highlights the simple message that the “world is looking for peaceful unity and diversity.” The designer of the show is Florian Thomas Michaelis of Union Creatives.

Finally, the anti-war fireworks display is called “Wind of Change.” Kelly Guille of Archangel Fireworks Inc., the designer, says that there is no place in the current world for war, and that “we await the day that our leaders will stand in action, not only in words” to protect the people.

What about the performances by multicultural groups?

There will be numerous performances by groups on the two stages in GlobalFest: on the TD Main Stage and the Air Canada stage.

On the TD Main Stage, performers from the following will be performing:

On the Air Canada Stage, performers from the following will be performing:

What about the citizenship ceremony?

And what about the food?

There will be numerous food booths and food trucks, about 27 which will be participating. They are: