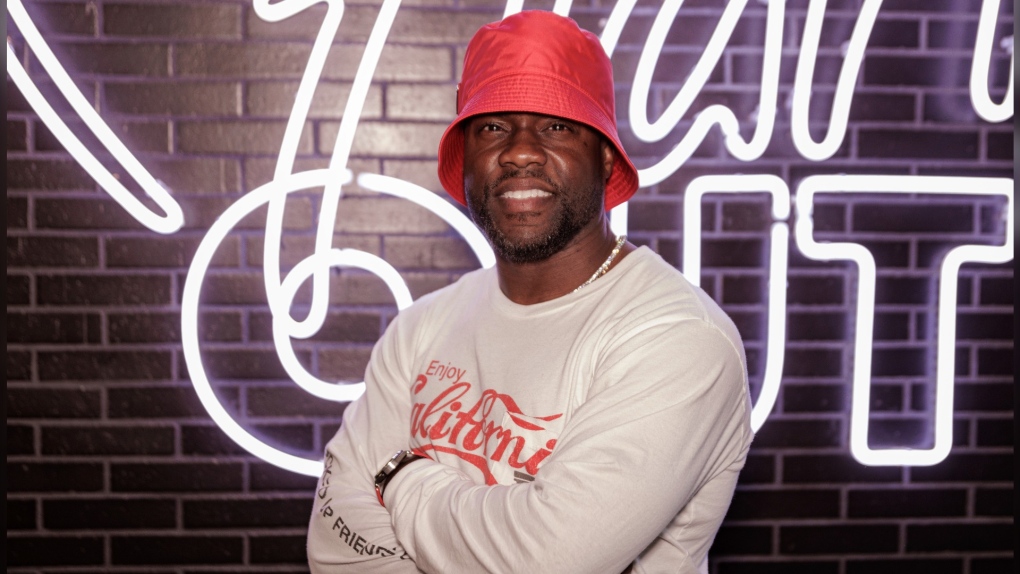 Kevin Hart poses for a portrait at the opening of his new vegan fast-food restaurant "Hart House" on Wednesday, Aug. 24, 2022 in Los Angeles. (Photo by Willy Sanjuan/Invision/AP).

Comedian turned Hollywood heavyweight Kevin Hart will hit the Scotiabank Saddledome stage Thursday night but don't expect to catch any of his performance on social media.

Hart's lone Calgary show of his ongoing Reality Check tour has been designated as phone and smartwatch free.

Fans are encouraged to arrive early as security will involve additional steps before the performance begins. All cell phones and smartwatches will be silenced by attendees and placed in sealed pouches that they will keep with them throughout the event.

Fans may return to designated areas in the concourse at any time to have their pouch unlocked to regain access to their phones and watches, but may not bring their devices into the seating area.

The star of Ride Along, the athlete interview series Kevin Hart is Cold as Balls, and the animated DC League of Super-Pets, was previously in southern Alberta in 2019 for the filming of a Jumanji sequel.

Authorities in Western Australia on Wednesday recovered a tiny but dangerous radioactive capsule that fell off a truck while being transported along a 1,400-kilometer (870-mile) Outback highway last month in what an official said was like finding the needle in the haystack.

Andrew Tate, the divisive influencer and former professional kickboxer who is detained in Romania on suspicion of organized crime and human trafficking appeared at a court in Bucharest on Wednesday to appeal against a second 30-day extension of his detention.

The backlog of airline complaints to the Canadian Transportation Agency since December's travel chaos balloons by thousands, a Conservative MP raises concerns over the government's quarantine hotel spending, and a Toronto man raises money for charity after spending 24 hours in a diner due to a lost bet. Here's what you need to know to start your day.