Pistol, along with overcapacity magazine, seized during traffic stop in Airdrie, Alta. 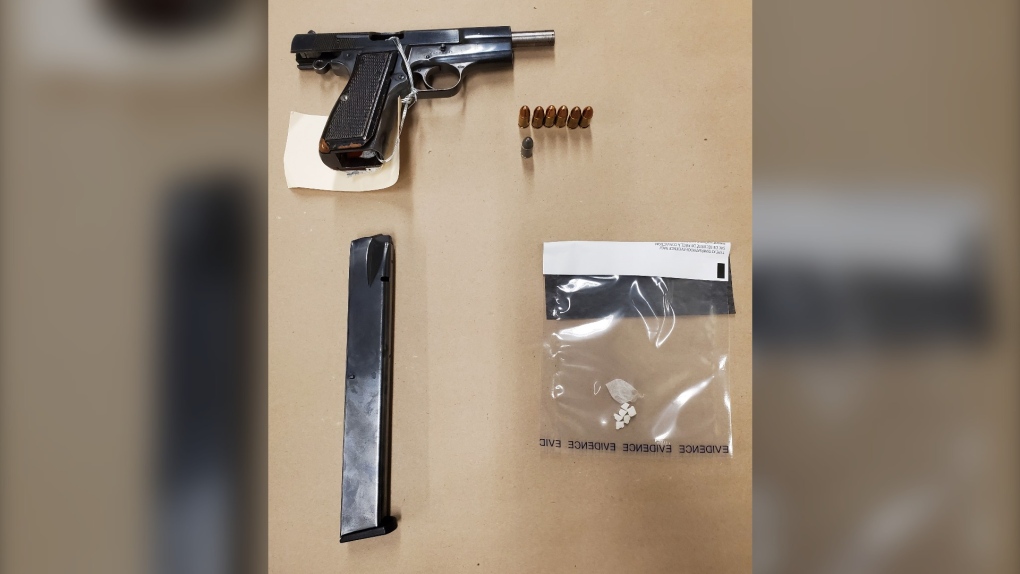 Airdrie RCMP seized a loaded pistol, a prohibited magazine and a quantity of drugs during a traffic stop on July 25. (Supplied)
CALGARY -

Charges have been laid against an Airdrie, Alta. man in connection with a traffic stop that occurred last week, police say.

Officials say at about 11:20 p.m. on July 25, Airdrie RCMP conducted a traffic stop on a vehicle in King's Heights Gate S.W.

The officer determined the presence of drugs and began an investigation.

A search of the vehicle located:

RCMP arrested the driver, 19-year-old Kashif Khan Said, of Airdrie. He is facing the following in connection with the incident:

Said was released from custody on a number of conditions and is expected to appear in Airdrie provincial court on Sept. 2.

'Moulin Rouge! The Musical,' a jukebox adaptation of Baz Luhrmann's hyperactive 2001 movie, won the best new musical crown at the Tony Awards on a Sunday night when Broadway looked back to honor shows shuttered by COVID-19, mourn its fallen and also look forward to welcoming audiences again.