Playing 18 at 100: Calgarian celebrates with a big party and a round of golf

His family threw a big party for him at the Museum of the Regiments. Eisenhauer says even though he turned 100, he didn’t expect such a big fuss.

After 99 of them, the thrill of celebrating a birthday dwindles a little - or maybe it doesn't.

“A little awed by all of this," he said. "I wasn’t expecting it to be such a big affair.”

Harry’s daughter Janice says it’s the least they could do. And having the 100th birthday party at the Museum of the Regiments made sense.

“Being in the military at such a young age - he was 19 or 20 - has to shape your world and it certainly has for him,” she said.

“It’s all the more important why being here today is such an honour for him," she added.

But the celebration didn’t end there for Harry. As part of his 100th birthday he also wanted to play a game of golf on Friday.

After receiving a lifetime membership from Canyon Meadows Golf and Country Club, Eisenhauer was ready to tee it up with his buddies. Eisenhauer says he’s loved the game for a long time.

“Well I’ve been playing golf for the last 60 years or so," he said.  "And as long as I’m physically able to play golf, I’m going to do it. It’s the only enjoyment I get in the way of sports.” 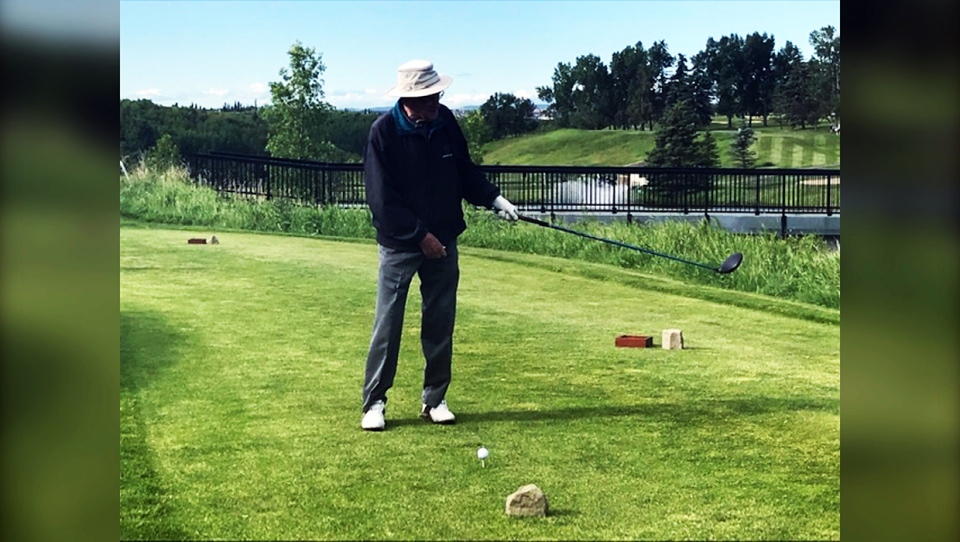 Believe it or not, Harry plays three times a week. One of his playing partners is Jim Hope-Ross. He’s amazed at now good Eisenhauer looks. And he says it was really good out there Friday because it’s not every day you get to play with someone who is 100 years old.

“I’ve been giving him a bad time the last few months," Hope-Ross said,  "because he’s probably going to be the only guy who shoots his age - and doesn’t break 100!"

Eisenhauer has had a lot of great memories golfing at Canyon Meadows. He says the best of them happened 34 years ago.

Could it happen again today?

“I don’t think I can hit it that far,” he laughed.

Harry didn’t get a hole-in-one Friday. But he did manage to make a few pars and more importantly,  had fun playing the game he loves.

He credits his long life to good genes. He had an Aunt who lived to 103. And his siblings lived until the ages of 94 to 96.