Police acted reasonably in 2016 shooting death of man in Montgomery 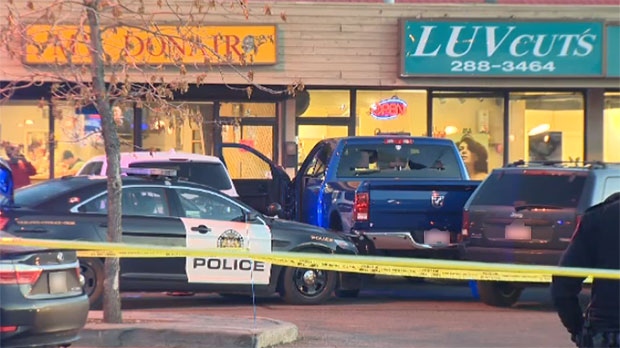 Terrence Weinmeyer, 49, died after a confrontation with police in a Montgomery strip mall.

The Alberta Serious Incident Response Team, in charge of a formal investigation into the shooting death of a man by police officers in November 2016, have found the members acted reasonably in the time leading up to the shooting.

The driver, identified by family members as Terrence Wienmeyer, was wanted in connection with the incident a police officer took a number of precautions in an attempt to arrest him peaceably.

The officers, sitting in unmarked cars, monitored the situation so that they could arrest him outside the vehicle, while he was inside a fast food restaurant in order to minimize the risk to the public.

Unfortunately, Weinmeyer evaded arrest by the plains-clothed officers and additional units, including an unmarked Jeep and a marked cruiser that had arrived to assist.

The suspect had then apparently been spooked by the police presence and was then seen running towards the stolen truck and managed to get inside where he attempted to drive away at a high rate of speed.

Two of the uniformed officers from the marked cruiser then ran over to the truck and, according to ASIRT, attempted to force him to stop and get out, pointing their pistols at him.

Weinmeyer ignored their commands and drove backward at a high rate of speed, causing one officer to fire twice through the open door of the truck and the other to fire three times through the windshield.

The suspect was struck four times in the confrontation, with the fifth shot going through the back window and into the driver’s side of the unmarked Jeep.

The driver sustained severe injuries in the shooting and EMS took him to hospital but he died shortly after arriving.

The ASIRT report, released on Thursday, indicates that the officers acted reasonably given the risk of serious injury or death posed towards the officers by the suspect.

The agency also says that when Weinmeyer realized that police were moving in, they had to resort to lethal force to arrest him and minimize the risk to officers and the public.