Price of no passport: Alberta could lose big time without a vaccine passport, says TD Bank

Provinces that do not require proof of vaccination to access non-essential services may feel a financial pinch as a result, says one major Canadian bank.

Officials with Toronto-Dominion Bank told BNN Bloomberg that regions that don't require the passports could see a sharper increase in COVID-19 cases than those that do – and that could lead to slowdowns in the business sector and a possible return to health restrictions and mandated closures.

"Provinces who are more proactive in putting in measures that increase confidence in going to restaurants and concerts might do better than provinces who aren’t putting these measures in," said Beata Caranci, the bank's chief economist, during a phone interview this week.

The idea of a return to pandemic-related business closures doesn't sit well with a number of small businesses in Calgary.

She says her business is finally picking up after grinding to a halt during the early days of the pandemic.

When it comes to the idea of passports in Alberta, Kirby says she'll leave the rules and regulations to politicians.

But she is sure of one thing – she doesn't want to be forced to shut down again.

"It was a bit rough there for a while," she said. "There was lots of anxiety for a few of my co-workers – what's going to happen, will they still have jobs." 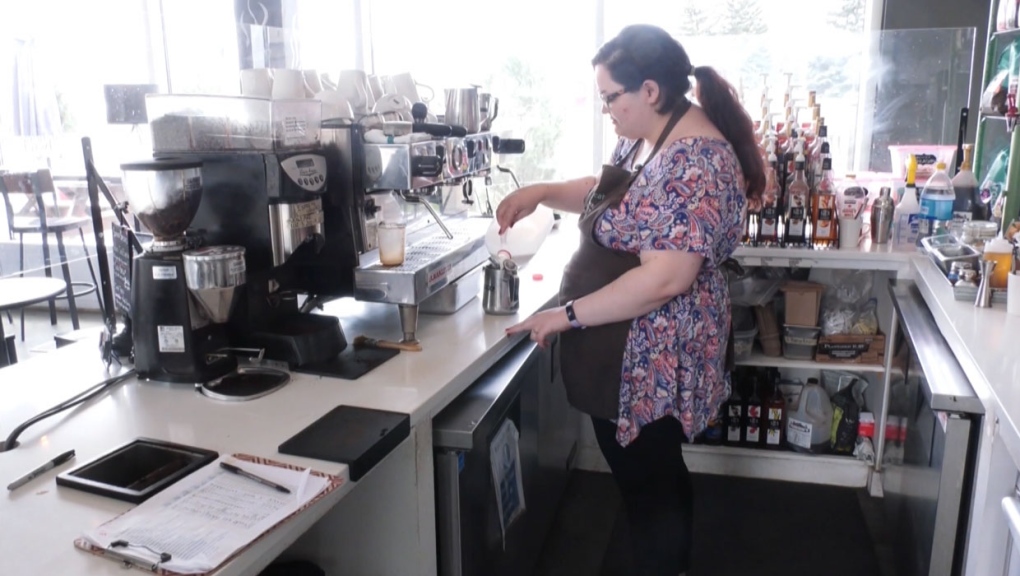 So far, the Alberta government has been against vaccine passports for residents, but it does say it will be taking steps to make it easier for Albertans to prove they've had two doses of vaccine.

On Thursday, officials revealed it would create a "conveniently-sized paper card" that possess an individual's COVID-19 immunization record.

Those cards will be available for download by mid-September but provincial officials are adamant that they are not 'passports.'

"We understand how important it is for Albertans to have appropriate access to their immunization records right now," said Chris Bourdeau, spokesperson for Alberta Health, in an email to CTV News.

He encouraged Albertans to review the policies of businesses when it comes to vaccination proof prior to visiting them, but adds the cards will help smooth things over if necessary.

"It is recommended that Albertans use the paper immunizations record they received at the time of their immunization as a back-up."

So far, only three provinces have revealed their commitment to a vaccine passport.

Manitoba was the first province to introduce the documents while Quebec will implement a system starting Sept. 1. British Columbia will require patrons of certain social and recreational activities to show proof of vaccination starting Sept. 13.

According to the latest news from Ontario, the Ford government will release details of a vaccine passport system sometime next week.

The introduction of a vaccine certificate system would mark a significant reversal for Ford, who previously rejected the idea, saying he doesn't want to create a "split society."

(With files from BNN Bloomberg, CTV Edmonton and CTV Toronto)