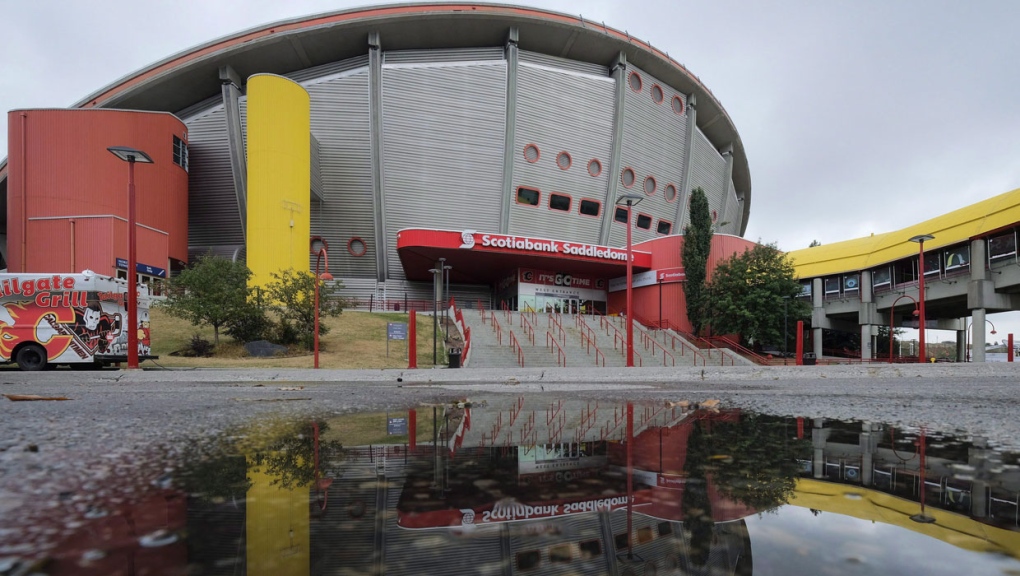 There are no more free tickets available to attend a public party, called the Red Lot, at the Scotiabank Saddledome ahead of Game 7 between the Calgary Flames and Dallas Stars. THE CANADIAN PRESS/Jeff McIntosh

If you had your mind set on grabbing a ticket for this evening's Calgary Flames' Red Lot event at the Saddledome, you might be out of luck.

The public event, which was held ahead of and during a number of the Flames' first-round playoff games, was originally fully open to the public, but the organization announced Saturday it would now be requiring fans to acquire a ticket.

The tickets, which were still completely free of charge, were handed out within minutes once Ticketmaster's online system opened on Sunday morning.

The Calgary Flames organization said the decision to change the admission process to a ticketed event was to "enhance the fan experience."

Fans were allowed to reserve two tickets each, but officials said they were aware that demand for the Red Lot tickets would quickly outweigh the supply.

An RCMP officer who was among 22 people killed in the 2020 Nova Scotia mass shooting is being remembered today during a regimental memorial service in Halifax.