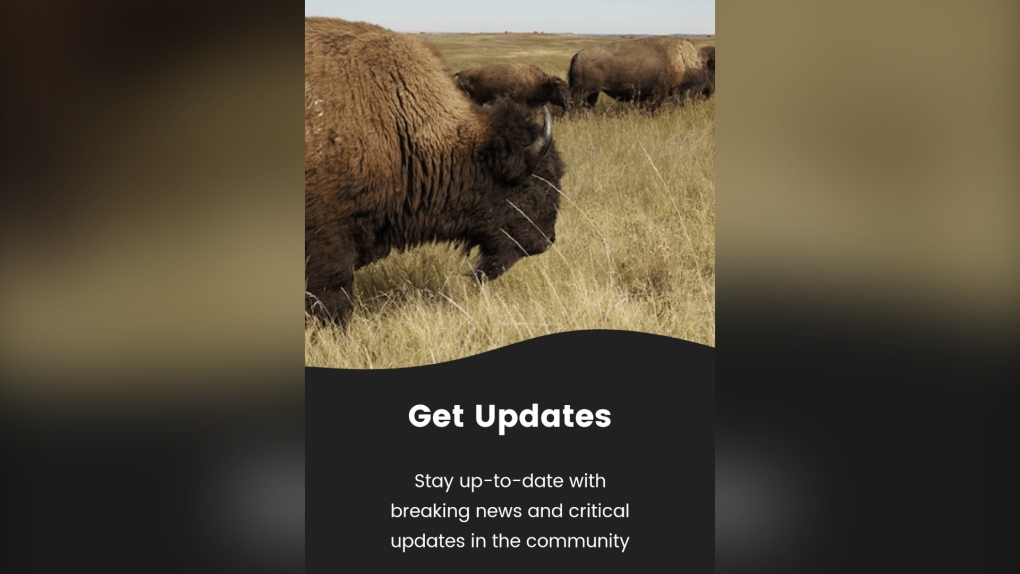 A First Nation east of Calgary has adopted modern technology in an effort to keep its members aware of news, upcoming events and available resources.

Siksika Nation Tribal Administration has launched the Siksika Nation App, a free mobile app available for members to install on their iOS or Android devices.

Members will receive push notifications directly to their phones or tablets with timely information, but the app will also provide information regarding benefits, services and job opportunities with fillable forms.

"We put out a lot of resources for our members on a regular basis, so an app that reaches beyond our borders will help expand how much of our community we can serve," explained Chief Ouray Crowfoot in a statement released Tuesday. "Transparency has been a hallmark of our administration, being able to send notifications and publish content to our members at any time will make keeping band members informed even easier."

The Siksika Nation has approximately 7,800 members, but nearly half of the band lives off-reserve.  Officials say the app will ensure members have access to accurate information, no matter where they reside.

"A centralized information distribution system that our members can rely on, as opposed to social media like Facebook or Twitter, gives greater confidence in data security and keeps posts on-topic," said Richard Sparvier, tribal manager.

The app was developed by Aivia Inc. and all information submitted by users through the app will be sent by email to Siksika Nation leadership with all data encrypted.

The Siksika Nation App is available for download in the App Store and Google Play.