Whittling down, now! Today will be somewhat benign, with a weak shortwave pushing snow up against the foothills. There was a chance that we'd see this, and it still exists, but it's less likely to be a factor, now.

If you have midweek travel plans, there's a larger system that’s expected to develop Wednesday evening. Southern Saskatchewan and Manitoba are the primary recipients, with four to eight centimetres of snow expected… which is not far off from what we'll start to see develop tomorrow evening.

Thursday gusts are noteworthy, now; I mentioned on-air Tuesday that we’d likely see the 50s or 60s, and that holds true, still. Largely from the west! That'll make for an exceptionally warm day today.

As part of this cold-air funnel that's on the way, we're aiming to have a fresh coat between six and eight centimetres on the ground come Friday. With our base temperature between 0 C and -1 C, there's also a risk of freezing rain at the onset, which reduces that snowfall total and significantly increases the danger on the roads. At Friday's midpoint, the drop begins; our high temperatures Saturday and Sunday reflect that, and offer only a centimetre or two of snow throughout the day cycle.

While this polar vortex swirls by us, there is indeed a chance for a healthy bump in temperatures on a couple of forecast models starting next Thursday: this is a wave of westerly wind. It's not fully consistent, but the idea would be for warm, dry air to flow across the Rockies and push us closer to seasonal. The exceptionally long-range modeling shows a similar trend for the Thursday after (Feb. 9). The consensus remains that after a warmer-than-average December and January, February will be colder than the norm.

Hugh in Canmore took this pic of Cascade Mountain, and taught me a new word: Alpenglow! As a one-year resident of Smithers, B.C., I was mostly familiar with the Alpenhorn, and its Alpensteins… 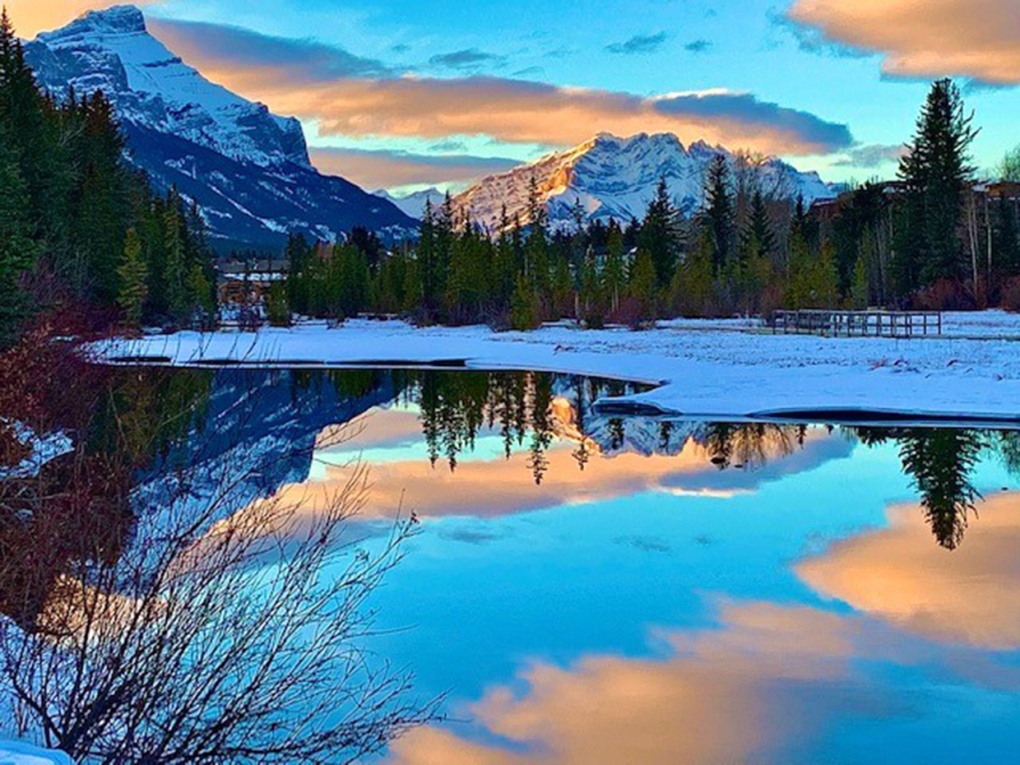 Viewer Hugh in Canmore captured this shot of Cascade Mountain.

Submit your weather photos here to see them featured in our article, and perhaps even as the pic of the day during our News at Six! You can also share on Twitter, or to our Instagram at @CTVCalgaryWeather.