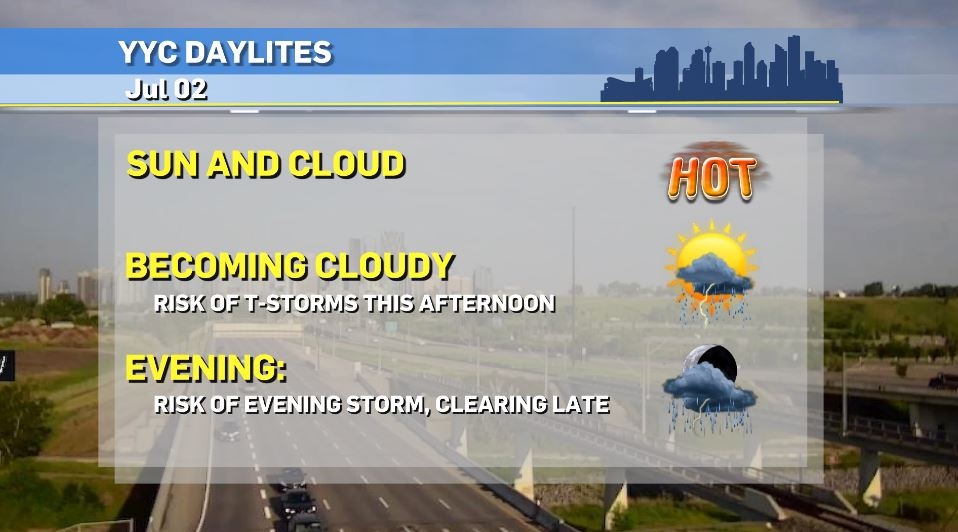 After another record-breaking day, the heat will be less extreme for much of Alberta on Friday as warnings begin to recede in the northwest parts of the province.

Friday remains hot for the central regions but less intense, and things are expected to cool down further into the weekend.

Extreme southern Alberta, however, will remain in the upper 30s and could reach nearly 40 C in Medicine Hat. Unsettled weather returns to the province with a risk of isolated storms Friday afternoon.

The areas with the greatest risk of severe storms includes south-central Alberta, from the foothills to the Saskatchewan boundary.

Damaging winds, 3-5 cm of hail and heavy rain are the biggest threats, but tornado development can’t be ruled out either.