Stampede-related businesses work to pull up their bootstraps

CALGARY -- Cowboy hat sellers, western window artists and Stampede accommodations have been hit hard this summer by the COVID-19 pandemic but are working to mitigate their losses the best they can.

When Calgary Stampede was cancelled on April 23, businesses that relied on the annual July event, which pumps about $400 million into the local economy each year, knew it would be bleak.

"I would say Stampede is probably 80 per cent of our business," said Liliane Alain whose family has owned and operated Stampede Boot Company for more than 40 years. 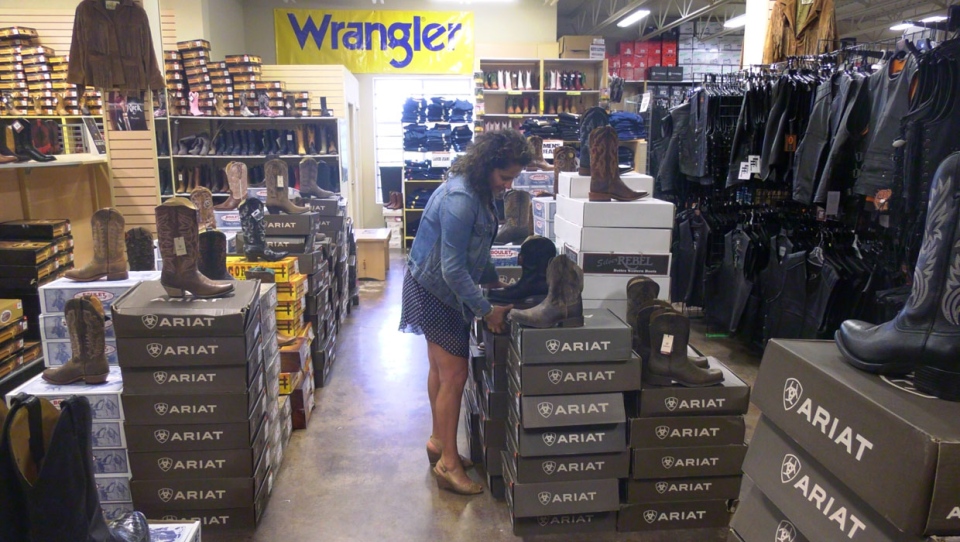 Instead, the company has focussed more on selling its work boots, safety gear and motorcycle apparel.

Meanwhile, window painters, whose art always helps set the festive tone throughout the city, have felt a similar crunch.

"It’s 50 per cent of my business, so it’s a hard hit," said Valerie Nimchuk with No Limit Artistic Design who has been covering Stampede for more than 30 years.

Normally, she would have completed artwork at 50 locations by now. 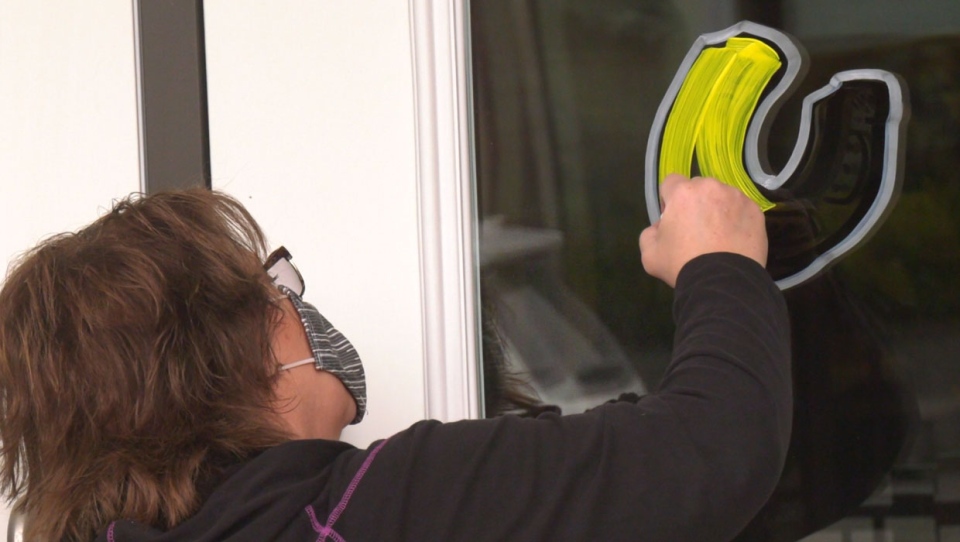 She said Amica Brittania Retirement Residence decided to keep the spirit alive and commissioned western art despite the cancellation of Stampede.

The pandemic itself has also led to some work. Companies have hired her to paint positive messaging or to let shoppers know they are back in business.

The hotel industry has adapted as well to try and make-up losses.

"They would have occupancy of more than 80 per cent, right now most hotels are sitting below 20 per cent," said Sol Zia, executive director of the Calgary Hotel Association.

Many are using balconies, pool decks and drop-off areas to host safely-distanced western events such as concerts and drive-thru pancake breakfasts.

Zia said efforts have led to some increases and it is greatly appreciated by the industry.

"Even with the words of encouragement from Dr. Deena Hinshaw a few days ago, encouraging Albertans to travel, we have seen an uptick."

Stampede Boot Company agreed, saying the support of their customers was vital to help them through this difficult time which follows several years of decline due to low oil and gas prices.

"It’s really nice to see the spirit of Calgary customers coming in and seeing what they can do," Alain said.

You can find out more about Calgary Staycations online.