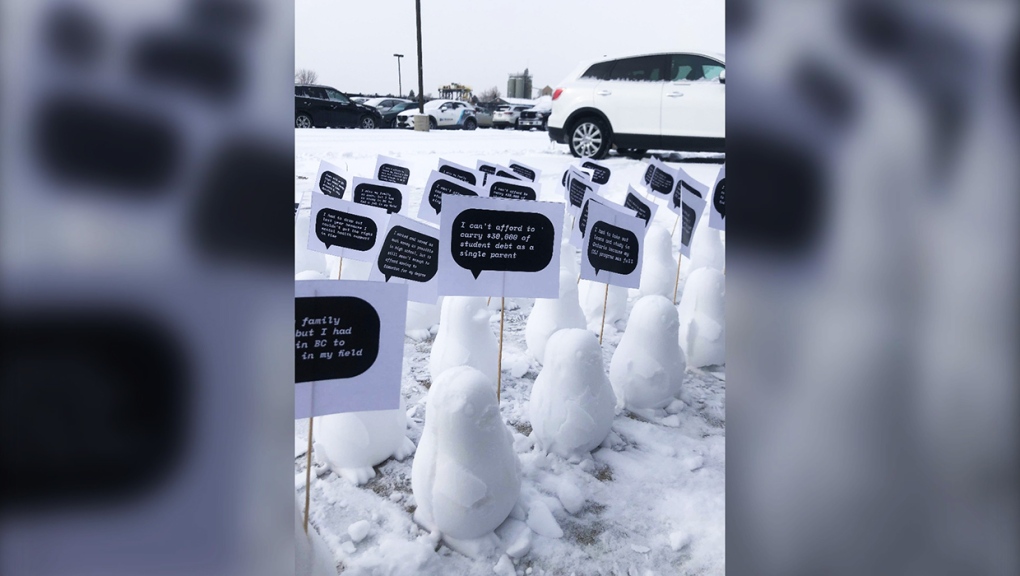 The protesting penguins have since been removed, but the messages from students they held speak to a growing sense of frustration brought on by provincial cuts to post-secondary education.

This isn’t the first ‘penguin protest’ this month.

Similar demonstrations have been set up in front of the Alberta legislature in Edmonton, as well as outside the McDougall centre in Calgary.

Tuition fees are expected to rise across the province by more than 22 per cent over the next three years due to changes announced by the province last year. 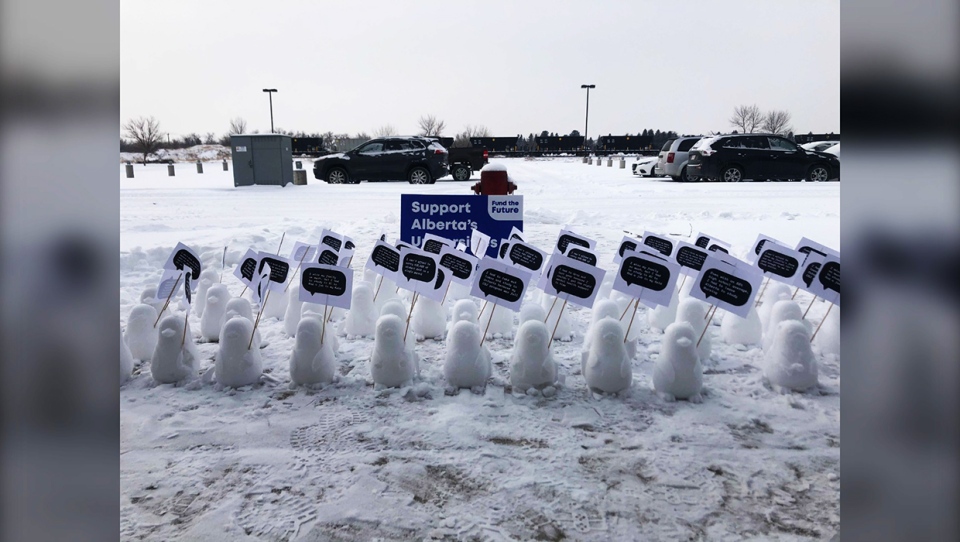 With COVID-19 forcing most students to transition to online learning, there’s also a lot of concern that students are paying more for a less robust educational experience.

The ULSU says it knows the idea of a snow penguin protest seems silly, but with COVID-19 restrictions, organizing a protest isn’t easy.

The penguins are also a concept that’s out of left field which has drawn in more attention than any other form of demonstration.

“If we have to use ridiculous measures to bring attention to the ridiculous cuts and other financial troubles students are facing, then so be it,” said Lindblad.

He also pointed to the fact that the job market is scarce which has forced some recent graduates to look for work outside the province.

“Supporting students means supporting the future and we are more than willing to work with any government in power if it means securing better support for students.”

In response, Nathan Neudorf said the UCP government is focused on building Alberta back up to a place where those students who are set to graduate can easily find jobs.

“Some of those short-term pains for long-term gains are going to turn around and that’s my hope,” said Neudorf.

“Our inner efforts to rebuild our economy and have them have a place to go to work is the biggest benefit there can be. If they can get a job, that’s the main thing.”

Neudorf said he appreciated the approach taken by the students’ union and that their message was received.

The ULSU said their number one goal with the snow penguin protest is to shine some light on the cuts post-secondary students have been receiving.