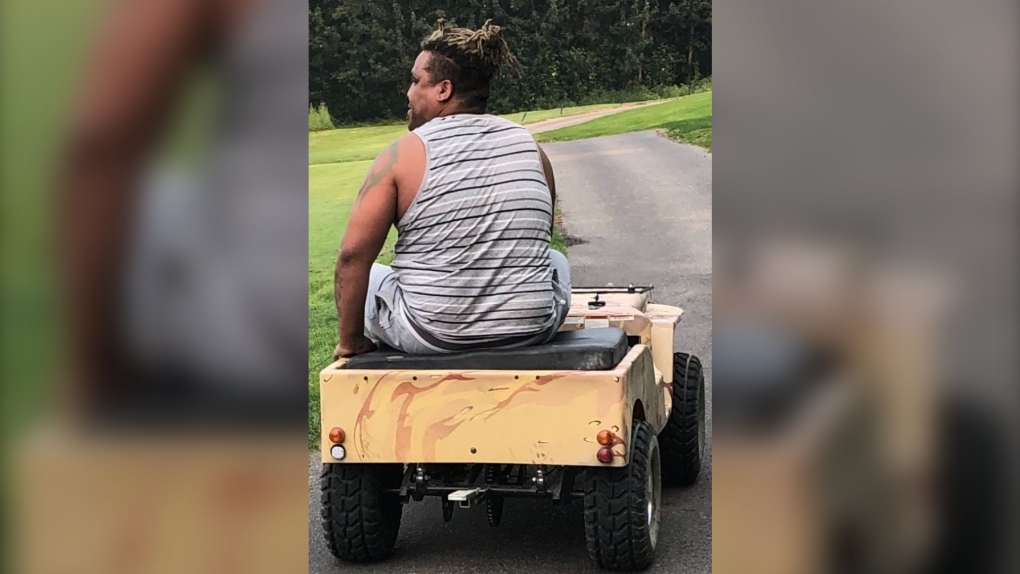 RCMP are attempting to identify two males in connection with a July 29 joyride in miniature vehicles on the Heritage Pointe Golf Club that caused thousands of dollars of damage. (RCMP)
CALGARY -

Foothills RCMP have released photos of two suspects after a green at Heritage Pointe Golf Club sustained thousands of dollars of damage.

RCMP say the two males entered the golf club, which borders Calgary city limits, on the afternoon of July 29 on miniature motorized vehicles resembling Jeeps. The pair were spotted driving on one of the course's greens.

Golf course staff chased the suspects but the pair managed to flee the course and were last seen entering the neighbouring community of Legacy.

One of the suspects is described by RCMP as:

The description of the second suspect is vague, as RCMP say the man was of average height, average-to-heavy build and was wearing a dark shirt.

Witnesses captured photographs of the suspects. Investigators are asking anyone who recognizes the men to contact the Foothills RCMP detachment at 403-933-4262 or anonymous tips may be submitted to Crime Stoppers.