Two of three suspects on the run following pharmacy robberies in N.E. Calgary

Two of three suspects on the run following pharmacy robberies in N.E. Calgary 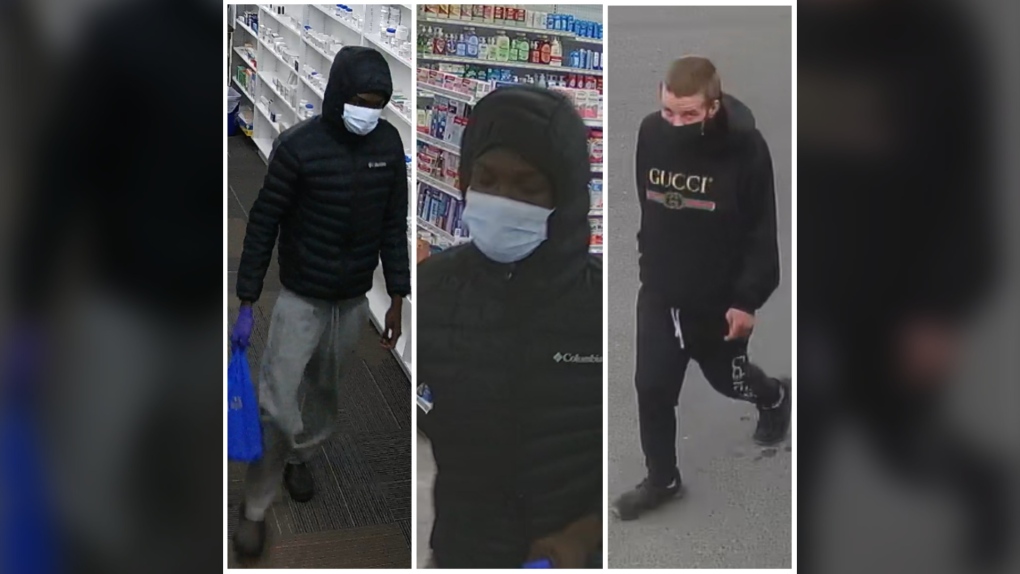 Anyone with information about the identities and/or whereabouts of these men is asked to call police at 403-266-1234.

One down, two to go: Calgary police are asking the public for an assist in apprehending the remaining suspects in a recent pair of pharmacy robberies.

Police say they were called shortly before noon Sept. 19, after three men demanded drugs and money at the Cornerstone Pharmacy in the 5100 block of Rundlehorn Drive N.E., assaulted the pharmacist and fled.

A second call to police was made shortly after noon the same day, after a similar incident occurred at the Healing Home Medical Clinic in the 500 block of 28 Avenue N.E.

The victim in the second incident was threatened and locked in a back room, police say.

Following the second incident, police spotted, then lost, the suspects as they fled in a white Nissan Armada.

Police later traced the vehicle back to its owner, resulting in one arrest.

Taken into custody and charged with four counts of robbery, two counts of wearing a disguise to commit an indictable offence and one count of forcible confinement was Man Awok Shot.

The 19-year-old is set to appear in a Calgary courtroom Oct. 12.

Police, meanwhile, continue the hunt for the other two suspects.

One man is described as wearing a hoodie with “Gucci” printed on the front and Calvin Klein pants. He may have facial hair.

The other is described as wearing a black puffy Columbia jacket with the hood up, grey sweatpants and black shoes.

Police have released security footage images of the pair.

Anyone with information about the identities and/or whereabouts of these men is asked to call police at 403-266-1234 or contact Crime Stoppers anonymously at 1-800-222-8477 or calgarycrimestoppers.org, or by using the P3 Tips app.