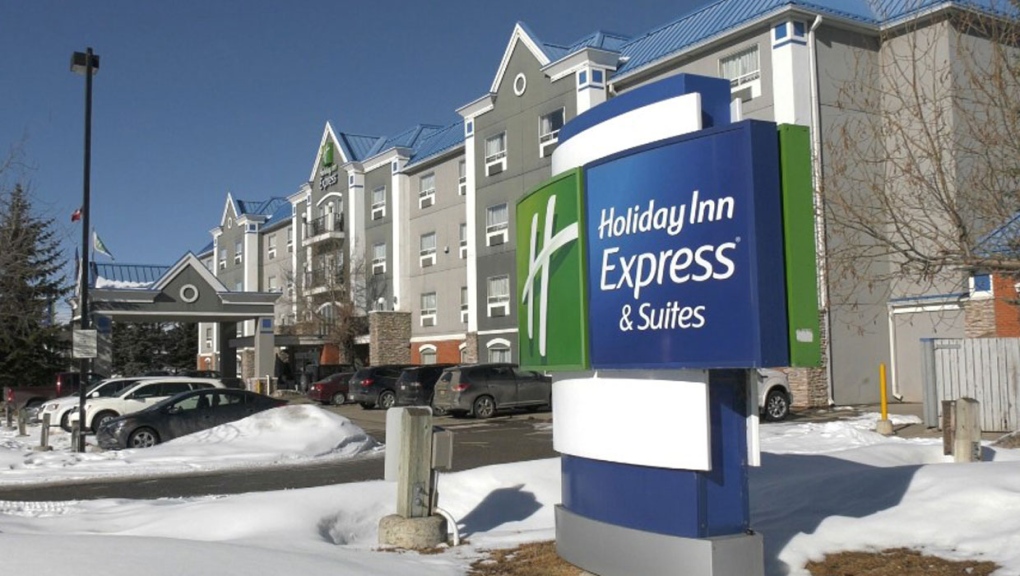 Calgary's hotels are still hurting amid the COVID-19 pandemic and officials are asked to take action, says a letter addressed to city council released Thursday.

The document, from the Calgary Hotel Association (CHA), says while it's grateful the city has agreed to defer municipal property taxes until the end of this year, the industry is still suffering immense financial losses.

That is why it is now requesting an abatement of all utility fees and municipal taxes from Jan. 1 to May 31.

"With the impacts of the new Omicron COVID variant, and more so the impact of the U.S. government's appeal for Americans not to travel to Canada, the result has been disaster for Calgary's hotels," wrote Sol Zia, executive director of the CHA.

"The examples of lost revenue can be seen throughout Calgary and not just downtown."

Zia also says that projections for 2022 indicate lost revenue of more than $500 million, losses that could spell doom for many Calgary entrepreneurs.

"More than half of Calgary's hotels are family-owned and operated businesses, and save Q3 2021, all hotel owners, have been underwriting the operation, payroll, taxes and utilities since March of 2020. Calgary hotels are struggling with cash flow and the ability to cover basic operation, utility and people costs," Zia said.

The CHA says the provincial government has also been contacted with a similar request. That level of government has already abated the Alberta Tourism Levy until March 31, but the CHA wants to see that extended until May 31 for all hotels that can show a 40 per cent or greater drop in revenue.

"The CHA is asking the City of Calgary to consider abatement, following the same formula (40 per cent documented change in revenue for comparable period(s) in 2019), as the government of Alberta, of all City-administered utility fees and all municipal taxes (commercial and otherwise) from Jan. 1, 2022 to May. 31, 2022," Zia wrote.

Zia adds the hospitality industry believes those measures will help prevent hotels from closing due to the COVID-19 pandemic.

"It is clear that Calgary's accommodation sector will take a very long time to recover, and the recovery will be well into the future," Zia said.

"We ask that your government expand its support for Calgary's hotels and are prepared to work closely with you on a plan and course of action to support those hotels in the most precarious situations."

CTV News has reached out to the City of Calgary for a statement on the CHA's letter.