Veteran long snapper Randy Chevrier is back with the Calgary Stampeders 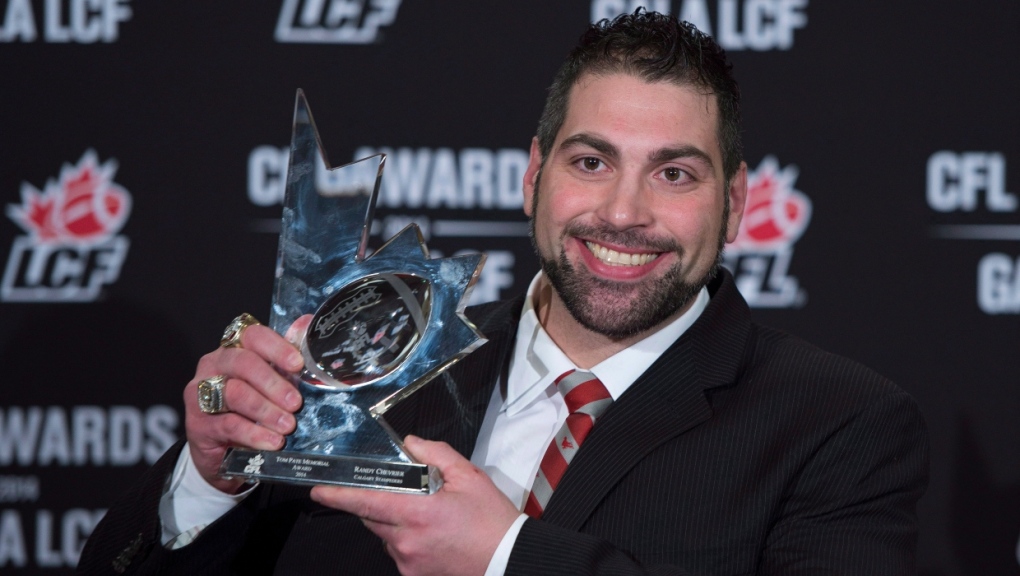 Randy Chevrier is back with the Calgary Stampeders.

The veteran long-snapper signed with Calgary on Thursday, along with linebacker/long snapper Ben Whiting. Both Canadians were placed on the suspended list while they complete the mandatory quarantine period.

Chevrier, a 45-year-old Montreal native, appeared in 178 regular-season games over 11 seasons with Calgary (2005-2015). He began his CFL career playing 23 games (2002-03) with Edmonton before finishing up in 2016 dressing for three contests with the Saskatchewan Roughriders.

Chevrier announced his retirement in 2017 but returns to provide Calgary with depth at long-snapper. Chevrier won three Grey Cups, including two with the Stampeders (2008, 2014).

He captured his first CFL title with Edmonton in 2003. Chevrier also spent time in the NFL with the Jacksonville Jaguars, Cincinnati Bengals and Dallas Cowboys.

This report by The Canadian Press was first published Nov. 18, 2021.