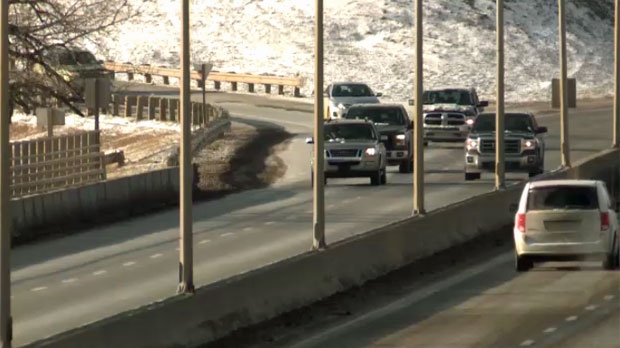 Lethbridge voters will have another question to think about when they head to the polls in October.

Residents will have their say on whether or not they want to prioritize the construction of a long talked about third bridge.

Traffic crossing the Oldman River has caused many to believe a third bridge is necessary and should be built soon.

The motion was introduced by Mayor Chris Spearman, who said that council knows this is an issue.

“Council is acutely aware that a third bridge has been a major topic of discussion in the community for many years,” he said.

The question will read: “Do you agree that city council should approve plans to construct a 3rd bridge prior to 2030 as a municipal capital project priority?”

It will be one of two additional questions that have been added to the ballot so far. The other will ask voters if they want to see a ward system created in Lethbridge.

Both of these questions will be non-binding, meaning city council doesn’t have to act on the results of the vote.

It’s expected, however, that city council will honour the results.

Spearman says even though it’s a non-binding vote, it is important to get citizens’ input.

“By placing this question on the election ballot in a non-binding manner, the next council will have some new and informative resident-driven data to analyze moving forward," he said.

Council will now move to provide as much information to voters as they can in a non-biased manner. Details for the project will be available on the city’s website.

The preliminary design of the new bridge has been dubbed the Chinook Trail River Crossing.

Design work is slated for 2027 as part of the 10-year capital plan with a $4-million budget, but it is not yet approved and is currently unfunded.

The city will be providing other details, including expected impact on traffic, expected economic impact and greenhouse emissions produced as a result of the project.

Lethbridge residents will be able to vote on the new bridge during the municipal election which will be held on Oct. 18.

An earlier version of this story stated the budget for the project is $4 million and work is set to begin in 2027. In fact, the project is currently unapproved and unfunded as part of the city's 10-year capital plan.

A B.C. man who was detained in China in 2014, says it took him more than a year to feel normal again after he was released, but it may take Michael Kovrig and Michael Spavor even longer to readjust to life in Canada.

A lead detective on the 2003 Holly Jones kidnapping and murder says there were four things that made police immediately suspect he was killer when they knocked on his door for a DNA sample.