'We are in the middle of a mass extinction': environmentalists block off bridge in day of protest 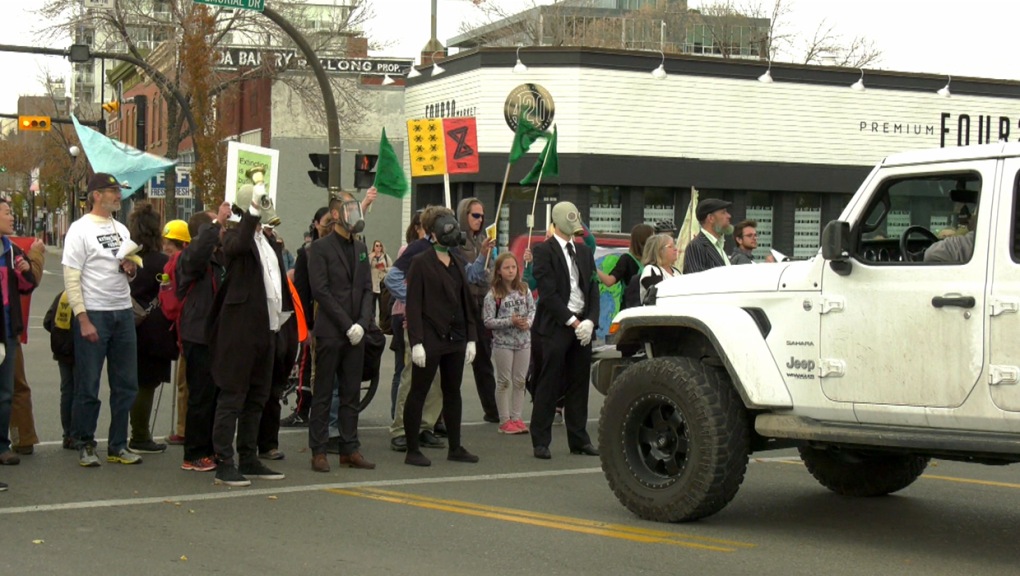 CALGARY -- Traffic on the Louise Bridge in Kensington was periodically disrupted Monday by a group of environmental activists looking to turn up the heat on politicians around the planet.

That’s where a group of environmental activists staged what they called an ‘extinction rebellion’, blocking traffic coming off the Louise Bridge onto Memorial and onto 10th Street, where they handed out printed material and Timbits, too, to motorists stuck in traffic. (They only blocked traffic every two or three lights as well, to allow for some flow.)

The event was part of a series of extinction rebellions held in cities around the globe Monday, where bridges were blocked in every imaginable official language, all with the goal, they said, to demonstrate that ‘major disruptions are inevitable if no action is taken on climate change.’

In Nova Scotia, activists blocked off the bridge that connects Halifax and Dartmouth, resulting in the arrest of 18 people.

Extinction Rebellion spokesperson Andy Kubrin said the group’s goal was to convey the message that the environmental crisis has reached a state of emergency.

“We are middle of  a mass extinction, with over one million species at risk, 200 going extinct every day,” Kubryn said.

“We feel this is an emergency, and we demand government takes appropriate action.” 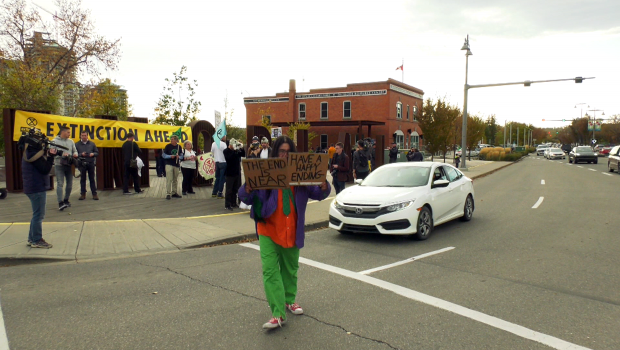 The group is a Calgary offshoot of an organization that was formed in the UK around a year ago, he added.

Monday's event was part of an event known by its hashtag, #bridgeout, aimed at blocking bridges in cities such as Toronto, Halifax, Berlin, Montreal, Amsterdam, and upwards of 60 cities around the world.

Kubrin said the group had three essential demands: That the government tell Canadians the truth and “level with Canadian people  and communicate about the gravity of the (environmental) situation.

They also want immediate action. “We want to go to a net zero economy by 2025,” Kubrin said.

Finally, the group called for a “move beyond politics,” demanding the creation of citizen assemblies that would guide environmental policy with the help of experts. 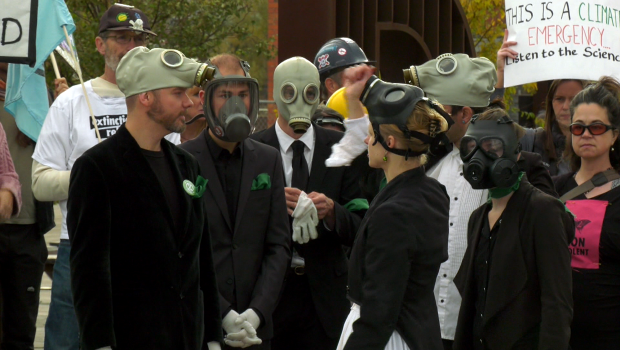 Kubrin said he didn’t find it remarkable that people all over the planet were stopping traffic to draw attention to the climate crisis.

“To my way of thinking, given the gravity of our situation, protest is unremarkable,”he said.

“What’s remarkable is silence and passivity.”

With files from Doug Hanly