Worker taken to Calgary hospital after fall at the airport 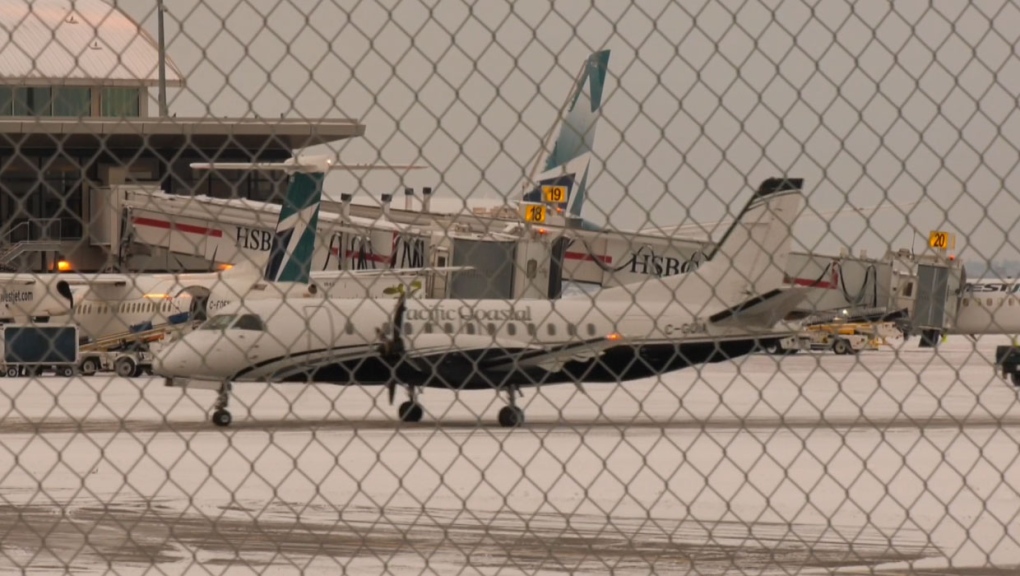 The Calgary Airport Authority says an Air Canada worker was hurt Saturday morning when he fell while trying to remove snow from an aircraft.

CALGARY -- Emergency crews were called to the Calgary International Airport early Saturday for a workplace accident.

Officials say a man was working on one of the runways when the boom of a de-icing machine struck him and caused him to fall.

When he hit the ground, he ended up being pinned by a bucket on the machine.

Crews managed to move the equipment off of him and EMS confirms he was taken to Foothills Medical Centre in serious, but stable condition.

The Calgary Airport Authority says they were told by Air Canada that one of their equipment operators was hurt when he was in the process of cleaning snow off an aircraft.

"Support agencies were mobilized and the individual was transported to hospital," sad Reid Feist, manager of external communications, in an email to CTV News. "There is no impact to operations at YYC. Our thoughts are with the injured worker and we’re offering support to Air Canada’s team here."

The investigation into the incident is ongoing.