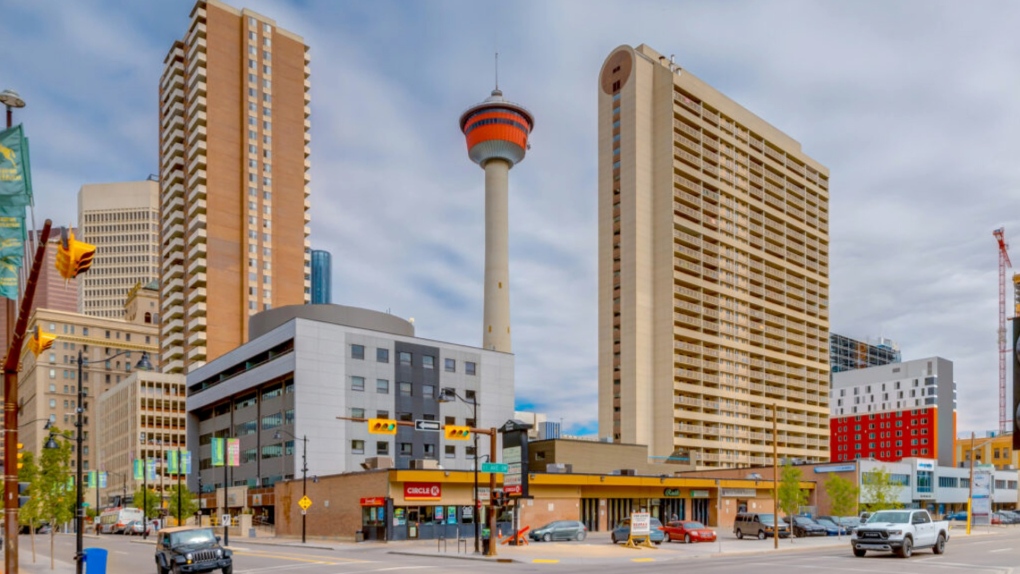 The world's tallest mural is being created on Hazelview's First on Tenth building, located at 123 10th Avenue S.W. (Contributed)

Work is underway by an internationally renowned graffiti artist to create the world's tallest mural on a building in Calgary's Beltline.

The work by German graffiti artist DAIM is part of the BUMP Festival and is expected to be completed by mid-June on Hazelview's First on Tenth building, located at 123 10th Avenue S.W.

Now in its sixth year, the BUMP Festival — previously known as the Beltline Urban Murals Project— has grown into a city-wide street art festival and runs Aug. 1 to 28.

Born Mirko Reisser, DAIM is an internationally recognized artist who has been creating public artworks for more than 30 years.

"His work has been exhibited in prolific galleries and museums around the world including the MACRO Museum Rome, Italy, Museum of Modern Art Bremen, Museum Marta Herford, Germany," read a release.

"In 2019 the Contemporary Art Center in Rouen, France featured a 30-year retrospective exhibition of his work.

"Known for his large-size, 3D-style graffiti works, balancing a variety of content and techniques with his individual style, DAIM’s geometric figures and letters obey the laws of light and shadow, but defy gravity and space, transporting the beholder to new dimensions.

"His work is nurtured from urban landscapes, as well as absorbing influences from printmaking, painting, and architecture. DAIM will be bringing his years of experience and influences to this Calgary mural, which is sure to be a major career milestone for him as well."