13 injured in bus rollover near Banff 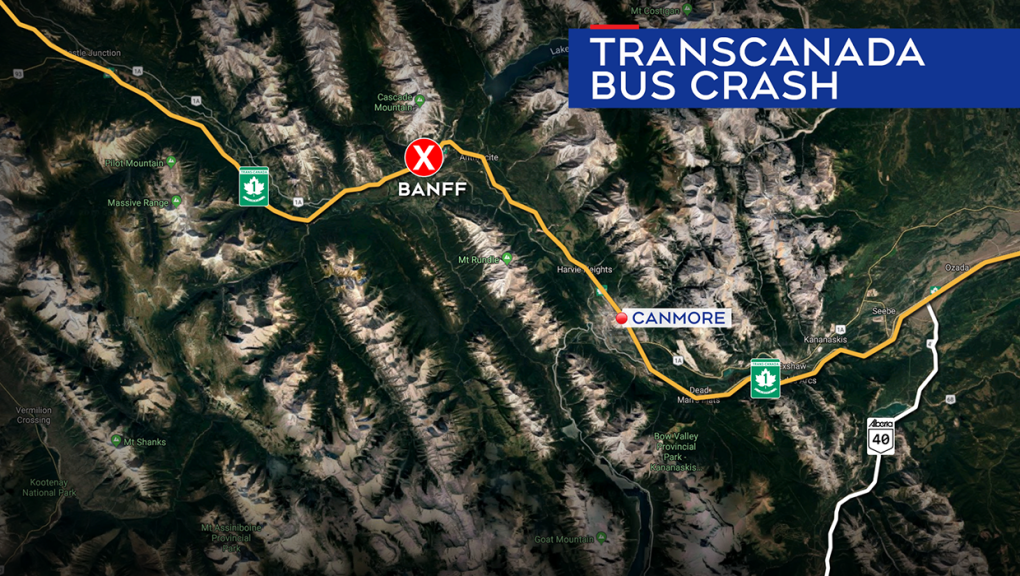 CALGARY -- 13 people were injured in a bus crash early Tuesday evening near Banff.

RCMP say they received a call at 7:15 p.m. about a single vehicle crash along the Trans-Canada Highway in the Banff area.The incident occurred on Highway 1 by Compound Road, which leads into the town of Banff, east of the Mt. Norquay overpass.

EMS confirmed 13 patients were assessed and everyone was found to be in non-life threatening condition. The majority of the patients were taken to hospitals in either Banff and Canmore, while one was transported to Calgary.

The remaining 11 passengers were moved onto another bus and transported from the scene.

Roads were slushy and wet at the time of the crash and RCMP say icy road conditions were a factor in the crash.