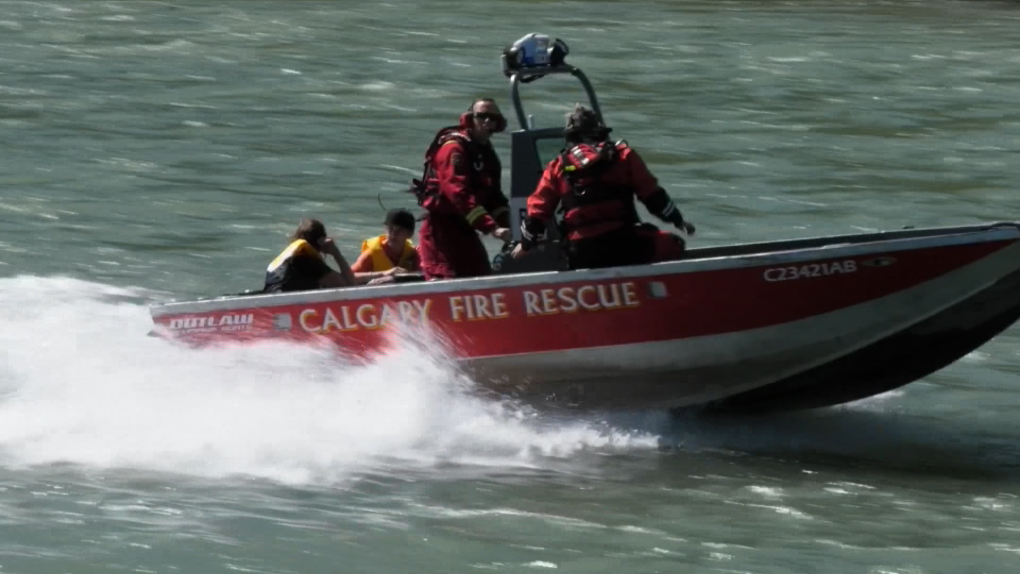 The Calgary Fire Department aquatics rescue team brings two rafters back to shore after their raft capsized Thursday morning. A second trip was made to retrieve the third member of the rafting group.