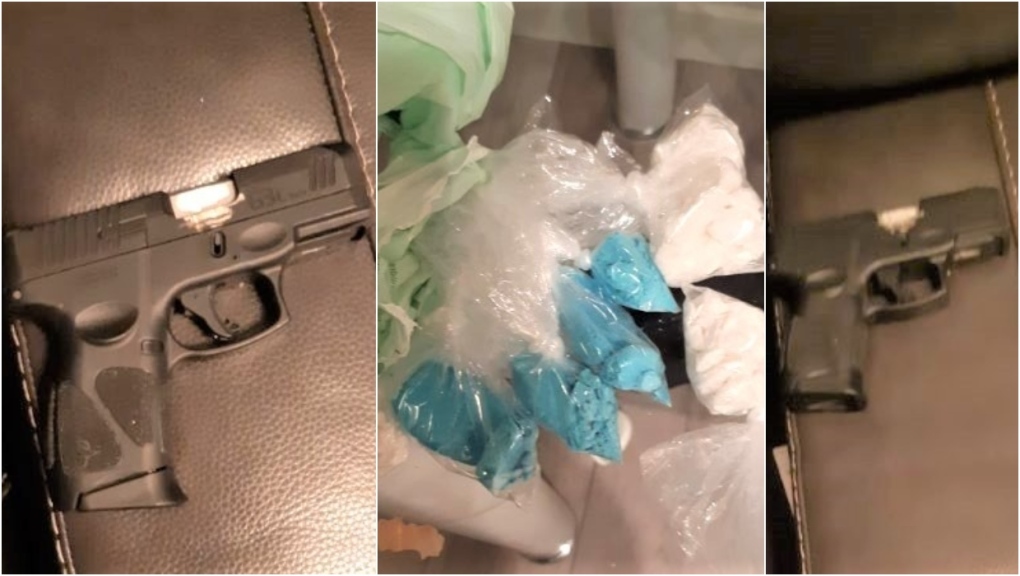 Calgary police released these photos of the loaded handguns and cocaine seized during the search of two homes on Dec. 7, 2021. (Calgary Police Service handout)

Calgary police say three people are facing almost two-dozen charges in connection to a drug trafficking network that allegedly operated out of the city's eastside.

The investigation began in September when officers started probing several people thought to be involved in drug trafficking and other criminal activities.

"Throughout the investigation, we identified three individuals alleged to be connected to a drug trafficking network that included supplying dealers in Lethbridge," Calgary police said in a Thursday news release.

The investigation culminated with the search of two homes – one in the 400 block of Auburn Meadows Common S.E. and the other in the 100 block of 19th Avenue N.E. – on Dec. 7.

During the search, members of the Calgary Police Service's guns and gangs unit seized approximately 400 grams of cocaine with an estimated street value of $40,000, two loaded handguns, two vehicles and an undisclosed amount of cash.

“As a service, our priority is to ensure the safety of our city and citizens,” Insp. Jodi Gach said in a news release.

“With the help of various teams and units within the CPS, as well as our Lethbridge partners, we were able to successfully apprehend these individuals and hold them accountable not only for their crimes, but for putting our communities at risk.”

Several cars on an Amtrak train derailed in Mendon, Missouri, on Monday after hitting a dump truck at a crossing and there are early reports of injuries among the approximately 243 passengers on board, Amtrak said in a statement.