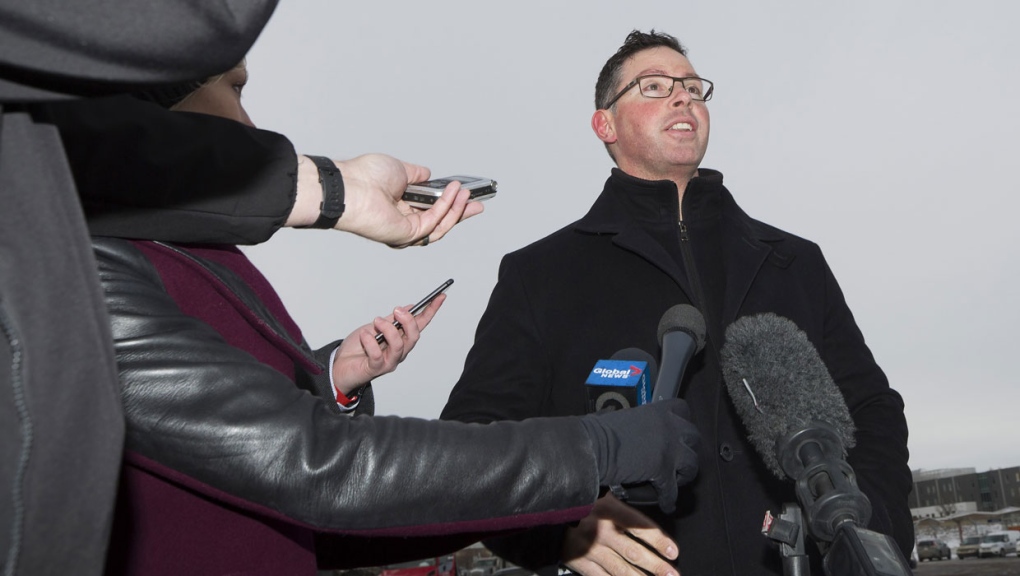 Alberta Minister of Justice and Solicitor General Doug Schweitzer makes a statement at a news conference about the federal carbon tax in Calgary, Tuesday, Dec. 31, 2019. After eight years in politics, Schweitzer resigned as Alberta's labour minister and will quit as MLA sometime this month.

Another member of Jason Kenney's cabinet has left the party.

Alberta's Minister of Jobs, Economy and Innovation Doug Schweitzer announced Friday that he offered his resignation to the premier, saying "it was an honour" to serve in Kenney's government.

"I believe that people will look back at the last six to 12 months as the economic turning point for Alberta."

Schweitzer's resignation as jobs minister came on the same day that Alberta announced another drop in its unemployment rate.

He said the numbers show the province's economy "continues to remain strong."

The Calgary-Elbow MLA announced on May 23 that he would not be seeking re-election. At the same time, Schweitzer dispelled the notion of running for leadership of the UCP.

He said he is planning to spend more time with his family after serving eight years in politics.

It was an honour to serve alongside @jkenney and my colleagues. pic.twitter.com/E1fx9WwpM9

Hurricane Ian carved a path of destruction across Florida, trapping people in flooded homes, cutting off the only bridge to a barrier island, destroying a historic waterfront pier and knocking out power to 2.5 million people as it dumped rain over a huge area on Thursday.

You may not be anywhere close to ready for the holidays — but retail chains certainly are. Christmas trees are already on sales floors at retailers such as Costco and Lowe's.

The price of gas reached an all-time high of 239.9 cents per litre in Metro Vancouver on Thursday, and analysts expect it will climb even higher before the weekend.

Kremlin gets ready to annex 4 regions of Ukraine on Friday

Russia on Friday will formally annex parts of Ukraine where separation 'referendums' received approval, the Kremlin's spokesman said, confirming the expectations of Ukrainian and Western officials who have denounced the Moscow-managed votes as illegal, forced and rigged.