An Alberta paramedic who responded to a horrific crash where she treated a severely injured teenager, not realizing it was her own daughter, is mourning the loss of her child.

Jayme Erickson discussed the loss of her daughter Montana, who was critically injured in a Nov. 15 crash outside Airdrie, Alta.

Family friend Richie Reed, a flight paramedic himself, says Montana and a friend were returning from a dog walk at Big Hill Springs Provincial Park. RCMP confirm Montana was a passenger when the driver lost control of the vehicle on an icy stretch of road and they were struck by an oncoming truck.

Erickson arrived on scene and attended to the teenager who was then airlifted to the Foothills Medical Centre. Following her shift, RCMP visited Erickson's home to inform her that it was in fact Montana who was the victim of the crash. The teenager died in hospital.

"She meant the world to all of us," said Erickson. "This tragedy is not only felt here, in this community, but it's felt across the province and maybe the country.

"I think every first responder can relate to the pain that we're feeling. Nobody wants to go through anything like this and I just want my baby girl's memory to live on and I want everyone to know how much she meant to us and how much she means to all of my coworkers." 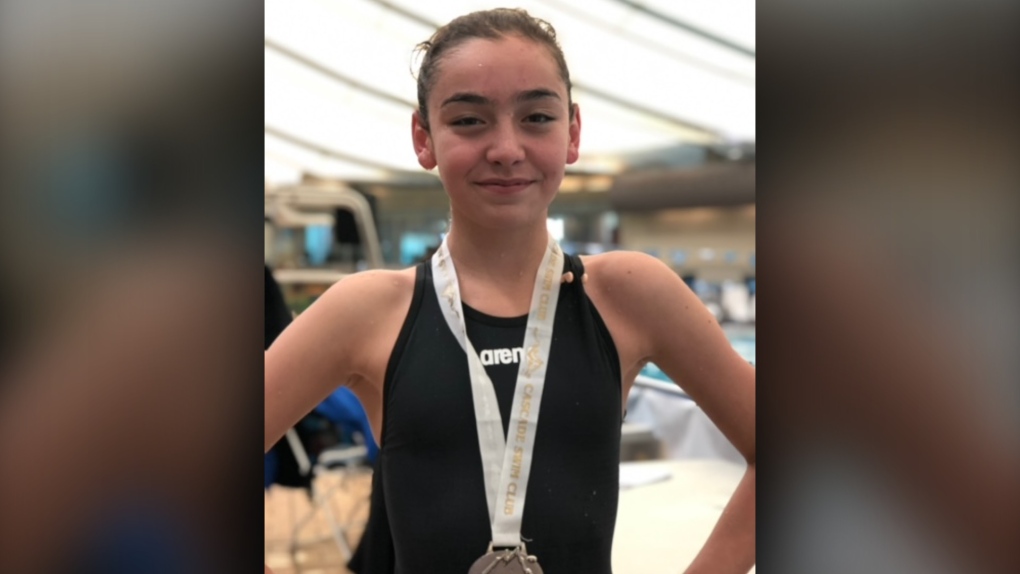 Undated image of Montana, the teenager who died following a crash near Airdrie, Alta. on Nov. 15. Her mother, Jayme Erickson, was the paramedic who attended the crash scene. (supplied: Erickson family)

Erickson says Montana was a firecracker who loved her friends fiercely and fought for what she believed in until her final day.

"She was so beautiful. Whenever she put effort into anything, she would always succeed at it. A very successful swimmer throughout her years. Aspirations of being a lawyer, post-high school. She was a very funny girl and we all loved her very much."

Erickson says Montana was able to give a final gift of her organs for donation, two of which were life-saving.

"We're so happy to know that our baby girl is living on through others, and she has, in the wake of this tragedy, she has saved other people. We know it's what she would have wanted and we are so proud of her."

Friends have created a GoFundMe account to help Erickson and her husband Sean cover funeral costs for Montana and to allow the family time to try to put back together their lives that have been "absolutely shattered."

"This is a loss of a daughter, but also (Jayme's) loss of an identity as a mother, and likely as a paramedic as well," said Reed. "And now she will always have us (first responders) as a family without question. So we'll always be there for her but we would appreciate some help trying to help her so that she can focus on this."

As of early Tuesday afternoon, more than $47,000 had been raised for the Erickson family.