In his first appearance in more than three weeks, Alberta Premier Jason Kenney told a Facebook live audience he has greater concerns than COVID-19 when considering children’s health.

“To put it in perspective, a couple of years back, and I think this is a fairly average number, we lost 32 minors, teenagers and children in car accidents, and of course, many more severely injured versus zero COVID deaths for those younger people,” said Kenney

While Kenney is correct that no children have died of COVID in the province, 120 kids 11 years old and under have been hospitalized in Alberta since early May. Ten of those had to be admitted to the ICU.

The premier’s also more concerned increased childhood obesity as a result of lockdowns and influenza than COVID.

“Sadly, children have been affected severely (by COVID) including including (sic) deaths, but at a much lower level than the ordinary seasonal flu.”

Dr. Shazma Mithani, an emergency room physician, who works in paediatric emergency rooms, accuses the premier of playing a ‘numbers game’ with his statistics.

“In terms of COVID-19, and kids, I mean, again, Delta is different, but also influenza, it has a vaccine that you can have as young as six months old, and our kids don't have access to the COVID-19 vaccine right now, because it's just not studied enough. And so we're kind of really comparing apples and oranges here.”

Mithani says as children province-wide return to school without any comprehensive provincial restrictions, many children will become seriously ill as the Delta variant gains inertia.

“We're going to see COVID spread very rapidly throughout that population. As soon as you start getting tens of thousands of kids infected, you will see severe outcomes likely in the hundreds. And so there will be severe outcomes that we see in kids. You know, we could see children die from this.

“There are kids that are dying in the U.S. from this and, as far as I'm concerned, one child dying is one too many.” 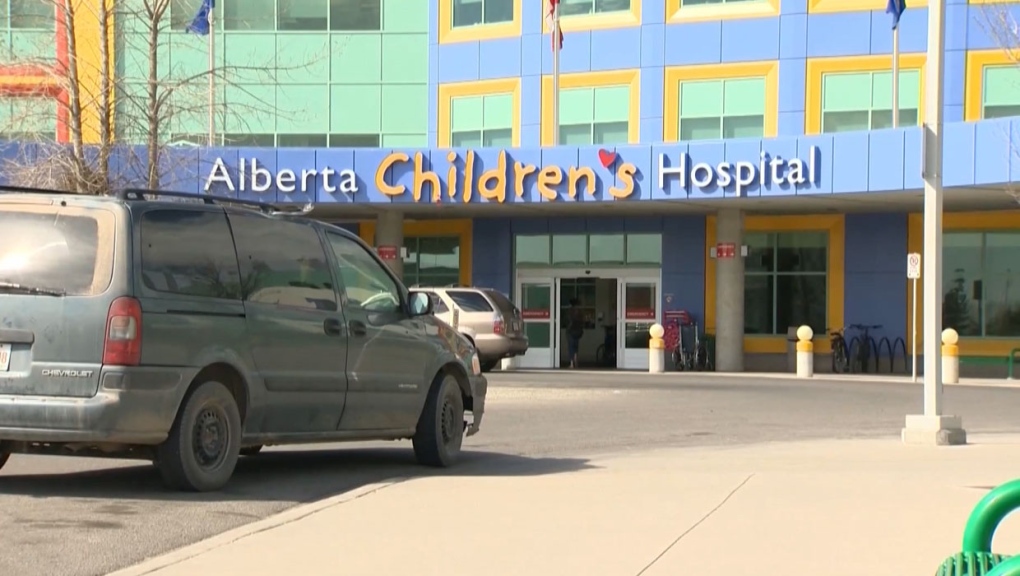 Meanwhile, Alberta’s top doctor maintains that young people are at the lowest risk of severe outcomes.

“In the U.S., unfortunately, hospitalizations of children have started to rise most significantly in states with lower overall immunization rates,” said Alberta’s Chief Medical Officer of Health Dr. Deena Hinshaw back on Aug. 9.

“It seems most likely that the reason for the difference between these two settings is the level of adult immunization which is protective for children via reduced household and other community transmission.”

At the time, Hinshaw noted the U.K. had a vaccination rate of more than 75 per cent, while the U.S.’s is close to 60 per cent.

When children and others who cannot receive the vaccine are factored in that number drops to 59.97 per cent.

The fallout from the premier’s position on children and COVID may be political as well as medical says Mount Royal University political scientist Keith Brownsey.

“We know that in a number of jurisdictions 20 per cent of the new COVID cases are children are young people under the age of 18. It's going to have a dramatic impact on public opinion, not that it hasn't not that COVID hasn't already.

Frustrated onlookers urged police officers to charge into the Texas elementary school where a gunman's rampage killed 19 children and two teachers, witnesses said Wednesday, as investigators worked to track the massacre that lasted upwards of 40 minutes and ended when the 18-year-old shooter was killed by a U.S. Border Patrol team.

Texas school shooting: What we know so far about the victims

Charest and Brown challenge Poilievre, and other notable moments from the French Conservative leadership debate

As it happened: The 2022 French-language Conservative leadership debate

The Conservative Party of Canada leadership hopefuls debated face-to-face in French, in Laval, Que. on May 25. Recap CTV News reporters' real-time updates as the debate unfolded.

Several parts of the country, including British Columbia and Canada's Maritime provinces, are likely to see wetter-than-normal conditions this summer, according to AccuWeather's annual summer forecast.

The Public Health Agency of Canada says it has now confirmed a total of 16 cases of monkeypox in the country, all in Quebec.

Canadian meets her long-lost sister for the first time on U.S. morning show

During an appearance on ABC's Good Morning America on Wednesday, adopted siblings Hannah Raleigh of Chicago and Limia Ravart of Montreal met in person for the first time after an ancestry test confirmed the two are in fact related.

Prime Minister Justin Trudeau cancelled plans to appear in person at a Liberal fundraiser in British Columbia Tuesday after RCMP warned an aggressive protest outside the event could escalate if he arrived, said a source close to the decision. The source spoke to The Canadian Press on condition of anonymity because they were not authorized to discuss the situation publicly.

'How to Murder Your Husband' author found guilty of murder

A jury in Portland has convicted a self-published romance novelist - who once wrote an essay titled 'How to Murder Your Husband' - of fatally shooting her husband four years ago.