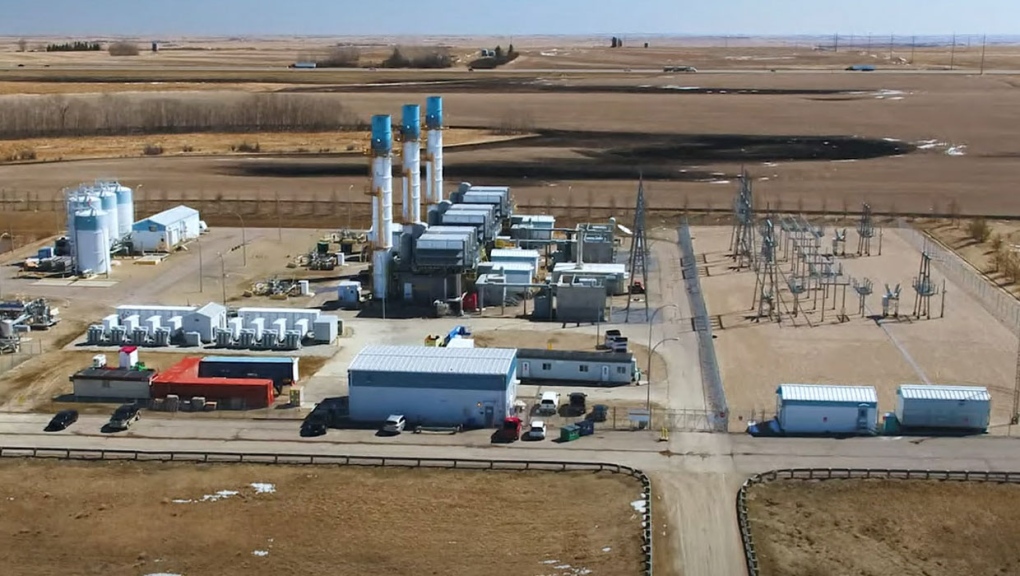 ENMAX's hybrid electric gas turbine, located at it's facility in Crossfield, Alta., is the first of its kind in Canada. (Supplied/ENMAX)
CALGARY -

A unique piece of technology that has recently been completed in Crossfield, Alta., aims to take a chunk out of the greenhouse gas emissions produced by generating electricity.

"A hybrid electric gas turbine operates much like a hybrid car," the company said in a statement released last week. "When stopped at a red light, the hybrid car engine doesn't burn fuel while it waits. As soon as the light turns green, the battery kicks in and the car starts running instantly while the engine subsequently starts up and takes over."

The turbine, located at ENMAX's Crossfield Energy Centre, follows the same type of process, ensuring the gas turbine runs for a shorter period of time.

"We believe battery storage will play an increasingly important role in providing safe, clean and reliable energy to Albertans, and the hybrid technology deployed at Crossfield can serve as a model for other natural gas facilities across Canada," he said. 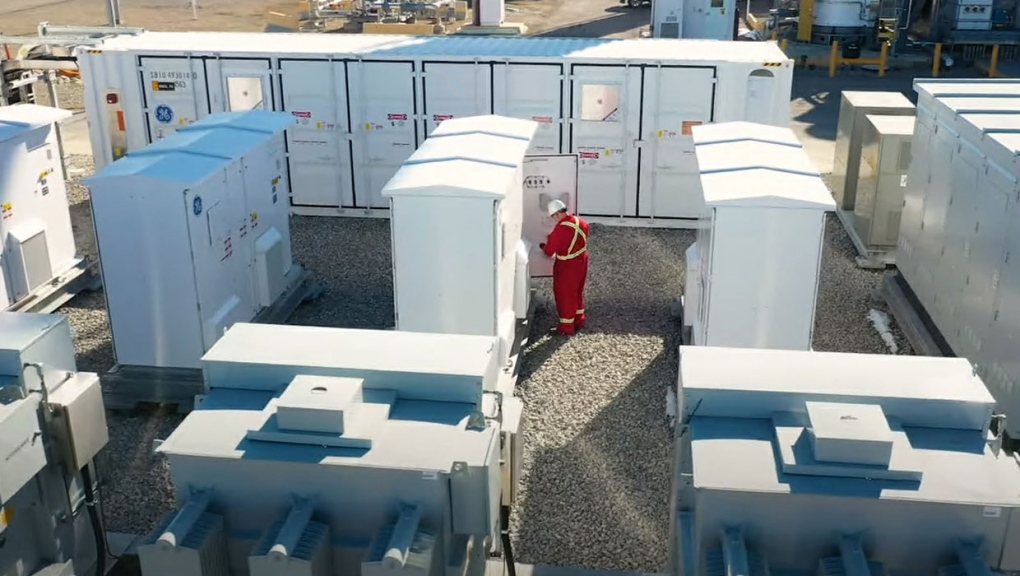 EQUIVALENT OF TAKING 10,000 CARS OFF THE ROAD

The technology is expected to reduce the run time of the turbine by approximately 80 per cent, equating to a reduction of 45,000 tonnes of greenhouse gas emissions each year.

ENMAX says it cost $14.6 million to build the system, with half of that covered by the province's Industrial Efficiency Challenge.

"The government of Alberta knows that technology can help industry reduce emissions and operating costs. That's why funding was delivered through Emissions Reduction Alberta for first-of-its-kind demonstrations and deployment to bring ground-breaking solutions for real emissions reductions to our industry," said Minister of Environment and Parks Jason Nixon in a release.

The turbine is unique technology and continues to put Calgary on the map in terms of clean energy generation.

"Calgary should be the centre of the clean energy revolution," said Mayor Naheed Nenshi.

"I'm thrilled that ENMAX is the first in Canada to implement this kind of technology."