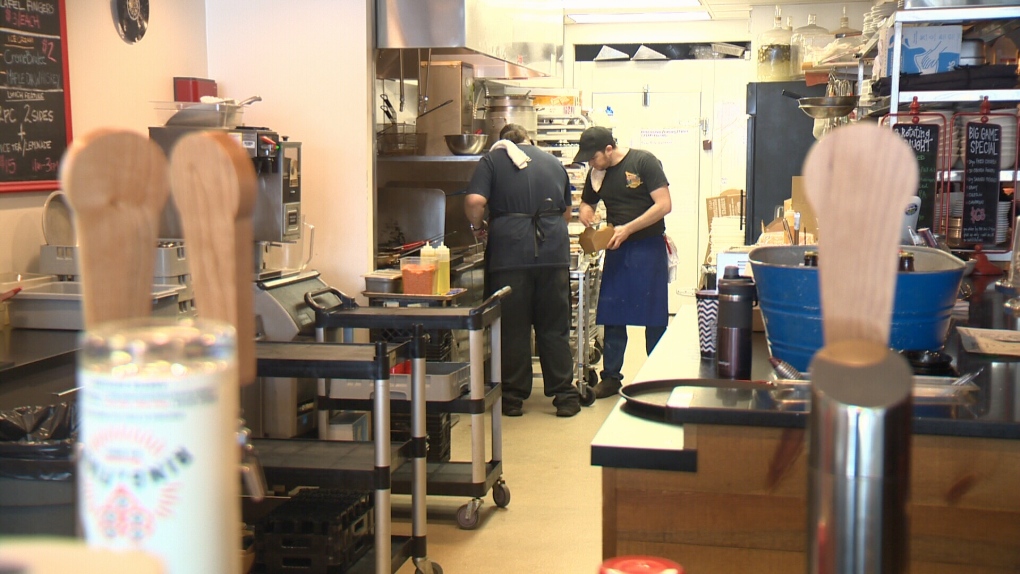 Worker paycheques in the province that once led the country in wage growth have flatlined, but experts say the double whammy of inflation and labour shortages mean Alberta businesses are poised to face a reckoning on wages soon.

For years, Alberta workers have been the highest paid in the country thanks to the province's lucrative oil and gas sector. During the oilsands boom of a decade ago, Alberta's so-called wage premium was startling - in 2013, for example, the average weekly wage in the western province was a whopping 23 per cent higher than the national average.

That premium has eroded over the last seven or so years due to a lengthy oil price downturn, though the most recent data from Statistics Canada shows that in 2022, workers in Alberta still enjoy the highest wages in the country ($1,266 on average per week in September compared to the national average of $1,175 per week).

But where Alberta really stands out right now is in the stagnancy of its wages. Despite tight labour markets and the latest oil price boom, Alberta has seen the weakest wage growth of any province over the last two years, according to Statistics Canada.

Nationally, wages are up seven per cent over the last two years, while in Alberta, they're up less than one per cent. In some industry sectors, Alberta's wages are actually falling, while the same sectors are experiencing wage growth in other provinces.

“The gap is closing, and it's closing pretty quickly,” said Mike Holden, chief economist for the Business Council of Alberta.

“In the short term, it's a concern because it means inflation is taking a bigger bite out of Albertans' households' than the rest of Canada. Albertans' wages are not rising fast enough to offset the effects of inflation they're experiencing.”

There are a variety of reasons why paycheques in Alberta haven't been increasing as fast as the cost of living, Holden said.

One factor is that the major oilsands expansion which drove Alberta's last economic boom and helped to spur higher wages in the province is over. While oil companies are earning healthy profits right now, they're funneling them into debt repayment and shareholder returns rather than capital projects and construction.

In fact, while Alberta has seen job growth in the last year, much of that growth has been in relatively low-paying industries such as food services and accommodation.

Canada's inflation rate held steady at 6.9 per cent last month (6.8 per cent for Alberta). But Holden added Alberta employers may be more reticent than employers in the rest of Canada to raise wages in response to inflation, simply because they know Alberta workers still earn more on average than the rest of the country.

Gil McGowan, president of the Alberta Federation of Labour, said he also blames the provincial government for a series of moves he says add up to a “de facto wage suppression strategy.” These include the United Conservative Party's crackdown on public-sector wages, as well as its changes to labour law that have made it more difficult for Albertans to join unions and therefore negotiate wages collectively, he said.

“Because if our wages don't keep up, we're going to have a harder time attracting people to work in this province and that's just going to exacerbate things like the labour shortage.”

There are close to 100,000 vacant job openings in Alberta right now, and according to the Canadian Federation of Independent Business, 34 per cent of small businesses in the province are experiencing labour shortages that impact their operations.

But Annie Dormuth, Alberta spokeswoman for the CFIB, said simply raising wages is not a solution for small business owners who are themselves dealing with rising interest rates as well as inflationary and supply chain pressures.

“Many of our members have explored ways to attract workers like raising wages, or offering more competitive benefits. They are exploring all of their options to meet their capacity needs right now,” Dormuth said.

“But in many cases hiking wages also means hiking prices, and many are hesitant to do that because they know their customers are also struggling with the cost of living right now.”

Holden said it's likely many employers will have no choice but to take action on wages in the year ahead, if they want to continue to recruit and retain staff.

“We have heard from a number of our member companies that even though they've resisted wage growth up until this point, a lot of them are feeling pressure to do so,” he said.

But he said what Alberta really needs is economic growth, because raising wages simply to offset inflation is a recipe for more inflation.

“Real, sustainable wage growth is the kind you want to see.”

This report by The Canadian Press was first published Nov. 25, 2022.

Authorities in Western Australia on Wednesday recovered a tiny but dangerous radioactive capsule that fell off a truck while being transported along a 1,400-kilometer (870-mile) Outback highway last month in what an official said was like finding the needle in the haystack.

Andrew Tate, the divisive influencer and former professional kickboxer who is detained in Romania on suspicion of organized crime and human trafficking appeared at a court in Bucharest on Wednesday to appeal against a second 30-day extension of his detention.

The backlog of airline complaints to the Canadian Transportation Agency since December's travel chaos balloons by thousands, a Conservative MP raises concerns over the government's quarantine hotel spending, and a Toronto man raises money for charity after spending 24 hours in a diner due to a lost bet. Here's what you need to know to start your day.