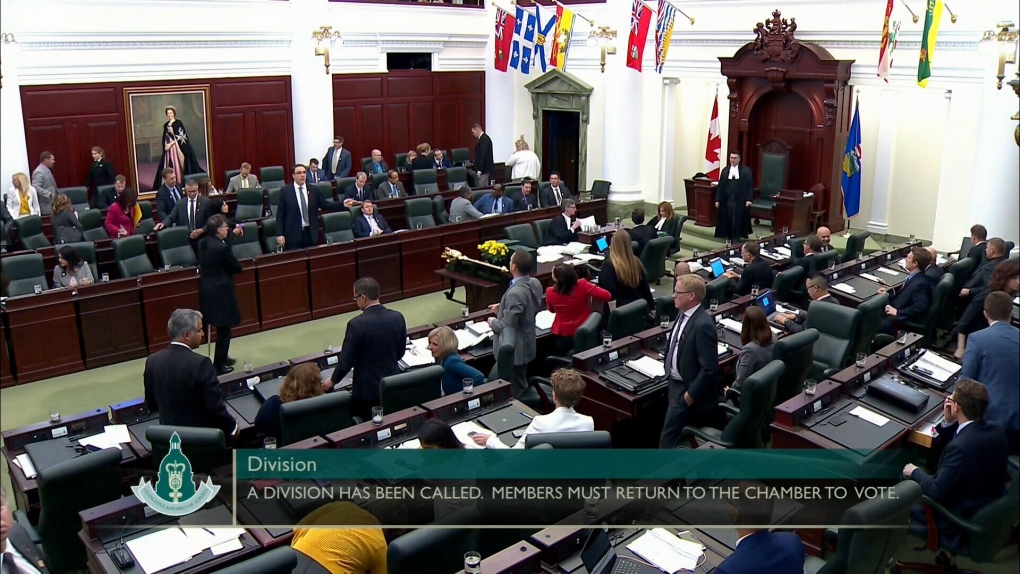 Bill 9 was passed by the provincial government on Thursday.

The Alberta Teachers Association is launching a legal challenge of the provincial government’s Bill 9.

Called the Public Sector Wage Arbitration Deferral Act, the legislation would delay an arbitrated decision on teacher salaries, which is supposed to happen by Sept. 30, according to an agreement signed with the previous government.

The ATA says the act violates their right to collective bargaining.

The bill would also delay salary decisions for nurses and provincial employees.

Bill 9 was passed by the provincial government on Thursday after an all-night session in the Alberta Legislature.

On Monday, the Alberta Union of Public Employees announced it is also launching a legal challenge.

And the United Nurses of Alberta made a similar announcement on Friday.